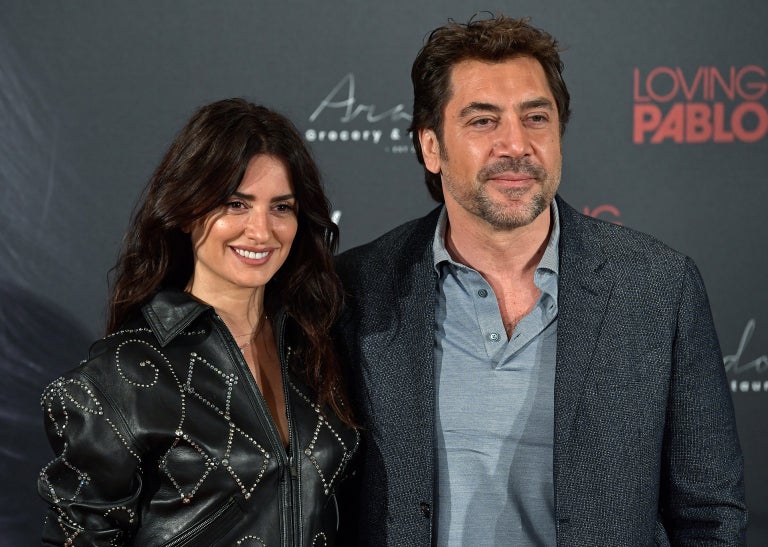 It was where Javier Bardem memorably declared his love for Penelope Cruz in 2010. Now, the golden couple of Spanish cinema will open this year’s Cannes film festival together on Tuesday.

The Oscar-winning actors both star in Iranian master Asghar Farhadi’s Spanish psychological thriller “Everybody Knows”, which will kick off the festival and is up for the top Palme d’Or prize.

The fiercely private couple’s glowing return to the spotlight in Cannes comes after Bardem emotionally proclaimed his feelings for Cruz there eight years ago as he accepted the best actor award for “Biutiful”.

“I share this joy with my friend, my companion, my love, Penelope. I owe you a lot and I love you so much,” he said as Cruz blew kisses to him from her seat and her eyes welled with tears.

Cruz has also won at Cannes, sharing the 2006 best actress prize with five other women for their work in acclaimed Spanish filmmaker Pedro Almodovar’s drama “Volver”.

Bardem, 49, and Cruz, 44, have two children together and married in 2010 on an island in the Bahamas owned by their friend, American actor Johnny Depp.

They also share a notable distinction: they are respectively the first Spanish man and woman to win an acting Oscar.

Bardem won his best supporting actor Academy Award in 2008 for his role as a determined murderer in the Coen brothers’ “No Country for Old Men”.

But the couple live discreetly in a Madrid suburb, where they try to keep the spotlight away from their son Leo, 7, and daughter Luna, 4.

They have starred in nine films together, including last year’s “Loving Pablo”, by Spanish director Fernando Leon de Aranoa, in which Bardem plays Colombian drug lord Pablo Escobar and Cruz a journalist who falls in love with the infamous narco.

After filming a particularly difficult scene, Bardem joked that Cruz “did not want to see me anymore.”

“She told me: ‘Get rid of the moustache. Shave and go sleep in the living room,'” he recalled in an interview in March.

Bardem was born in 1969 on Spain’s Canary Islands off the coast of Africa. His mother, actress Pilar Bardem, raised him after she separated from his father.

Bardem dedicated his Oscar to his mother and her line of the family, which includes many actors.

Cruz was born in 1974 to a modest family in a working class suburb of Madrid.

Her father owned a store and her mother ran a beauty salon, where Cruz said she learnt to act by observing how clients behaved.

Both stars often say that they owe everything to the late Spanish director Bigas Luna, who brought them together for the first time in his 1991 movie “Jamon, Jamon”.

In the film, their characters have a famous sexual encounter on top of a pinball machine, one of the most torrid scenes in Spanish cinema.

The two then crossed paths in several other movies, but only began dating after shooting “Vicky Cristina Barcelona” in 2007 in Barcelona.

While Cruz usually avoids mentioning her husband in interviews, Bardem has spoke of his wife’s passion to the media.

“She feels passion for everything. It’s what I find attractive in her. You have to have beauty and know how to be sexy. Penelope has both,” Bardem told GQ magazine last year.

Both declare themselves leftwing and were criticised in Hollywood in 2014 for their fierce condemnations of Israeli bombings in Gaza.

This year, they took part in a campaign by a Spanish NGO which rescues migrants at sea. JB