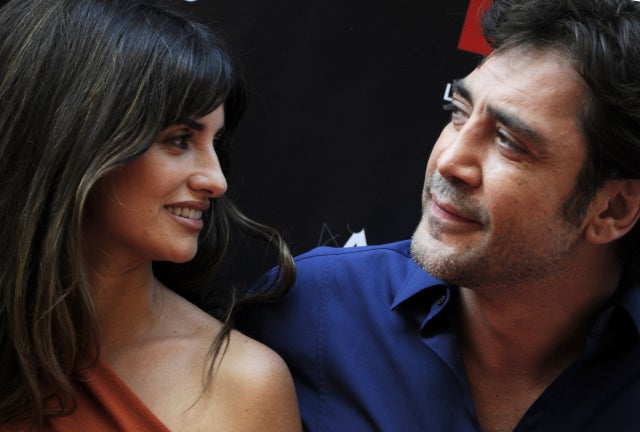 The psychological thriller shot in Spanish will also compete for the Palme d’Or — the first time in six years that an opening film will be in the running for the festival’s top prize.

While Farhadi won an Oscar and the Golden Bear at Berlin for his 2011 breakthrough film, “A Separation”, he has never taken the Palme d’Or, although two of his later films — “The Past” (2013) and “The Salesman” (2016) — won best screenplay and best actor and actress prizes.

“Everybody Knows”, which also features the Argentine star Ricardo Darin, tells the story of a woman played by Cruz who returns from Buenos Aires to her native village in Spain with her husband and children.

Cruz and Bardem are the golden couple of Spanish-language cinema, and have starred in several films together including last year’s “Loving Pablo”, about a journalist who falls in love with the notorious Colombian drugs lord, Pablo Escobar.

Farhadi, 45, is one Iran’s most renowned directors, who has made a name for himself with tense and carefully crafted stories both inside and outside his homeland.

The film will be released in France on May 9, the day after the 11-day festival begins. AB

Next ‘Indiana Jones’ may be a woman called ‘Joan’

Read Next
Benicio Del Toro to preside over ‘Un Certain Regard’ jury in Cannes
EDITORS' PICK
Acer starts the year off strong with the Aspire Vero National Geographic Edition
Vietnam’s ‘crazy guy’ aims to save ocean from waste
WHO says no evidence healthy children, adolescents need COVID-19 boosters
Gear up and get ready to play with Yamaha Mio Gear
Over 3 Million worth of prizes to be won at Smart Padala’s SENDali Manalo Promo!
Marcos-era elections: Not what his son signed up for
MOST READ
‘Sampal sa gobyerno:’ Drilon wants unvaxxed PAO chief barred from working
Vice mayor slams Vico Sotto for turning Pasig into a ‘puro palabas’ city
Jose Manalo’s son Benj pays tribute to late mother: ‘You’re a testimony of God’s love’
Guevarra to Acosta: Obey rules on unvaccinated
Don't miss out on the latest news and information.