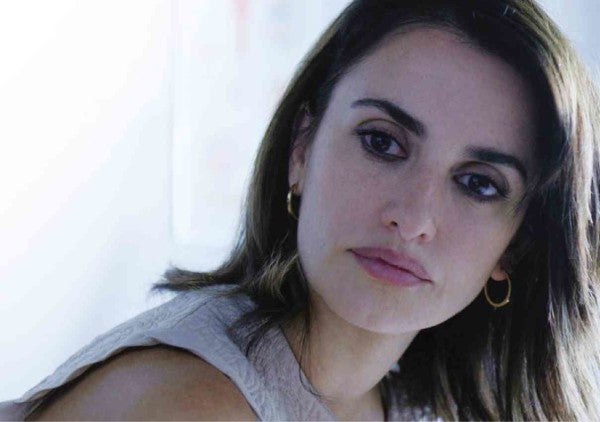 LOS ANGELES—Penelope Cruz is excited to work again with her husband, Javier Bardem, in not one but two films—“Escobar” and an untitled Asghar Farhadi project. In the meantime, she talked to us about her latest film, Julio Medem’s drama, “Ma ma.”

The Madrid native walked into the Mandarin Oriental New York Hotel in a green and blue Carolina Herrera dress.

“Escobar,” to be directed by Fernando Leon de Aranoa, is based on “Loving Pablo, Hating Escobar,” the hit memoir of Virginia Vallejo (Penelope) recounting her romantic relationship with the notorious Colombian drug king (Javier in the title role) and his rise. It will be the first time that Penelope and Javier will act opposite each other again since Woody Allen’s “Vicky Cristina Barcelona,” which earned her a best supporting actress Oscar.

Penelope and Javier were both in Ridley Scott’s “The Counselor,” but they didn’t share scenes together.

The Farhadi project is the Iranian director’s first Spanish-language film. Farhadi, whose latest film (“The Salesman”) won two awards at the recent Cannes Film Festival, also wrote the script, which is described as a psychological thriller with a touch of Agatha Christie.

Penelope herself harbors dreams of becoming a feature film director someday. Pedro Almodovar’s creative muse directed a short documentary which will be unveiled in September. Earlier, she directed two video shorts for her L’Agent by Agent Provocateur lingerie line with her sister.

In “Ma ma,” which Penelope produced, she plays Magda, a mother who is diagnosed with breast cancer, loses her job and husband, meets a soccer team talent scout (Luis Tosar) and comes under the medical care of a singing doctor (Asier Etxeandia).

In real life, Penelope is mom to two kids with Javier—Leo, 5, and Luna, 2. Her other coming films are Fernando Trueba’s “The Queen of Spain” and Toni Kalem’s “Layover.”

Excerpts of our chat with Penelope:

What’s the latest update on “Escobar,” your film with Javier?

The script is finished—and it’s amazing. The financing is almost complete. Part of [the movie] will be filmed in Colombia. It tells the story of who this man really was—and also Virginia Vallejo, who’s still alive and lives in Miami. She’s the character I play. She had a relationship with him for many years. She was a journalist.

You have a family now, with two children. How have your priorities in life changed?

I travel less; I work less. I’m lucky that I can do a job that is maybe intense for a few days or two months. Then, I have a few months where I’m not shooting. It’s on and off—it isn’t like 11 months a year, so I feel that this is a big privilege.

I feel lucky that I can do a movie a year—or two, if they aren’t too long. In my 20s, I worked up to four movies per year. There was one point where I had no life. I said, I know who these characters are, but where is my own? That was scary. I [also] enjoyed those years. I did it because I had that kind of energy, and my interest [then] was exploring all those different characters. 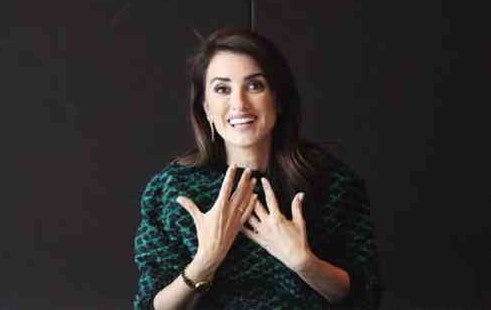 Did you actually shave your head for a scene in “Ma ma”?

I didn’t, because it was going to get more complicated. We would have to leave that for the end, but then I had to go straight to another project. There was no way to do it.

But our Italian hairdresser was a “magician”—Massimo Gattabrusi—who made five different wigs. My hair then was longer, so he hid everything.

It was a long process, but we were happy with the result. It was a big challenge not only physically because I wanted to be as honest as possible in portraying this woman, and doing an homage to the strength of all the women who have to go through that.

Never for a second did I doubt, should I do this? Because at some points, I have to look so destroyed. This character goes through so much, and I have to be there to serve the character. This is the kind of material that I always look for, so I’m grateful when I find it. I leave my ego at home. These characters talk to you, so you just have to listen. Forget about whether it’s going to look good or bad.

Was it hard not to take your character home?

It was. I really made an effort not to take it home every day—to separate fiction from reality. I had to go to a painful and dark place. There were times when I couldn’t breathe.

At the end of the shooting, after three months with her, it was hard to say goodbye—but I needed to. I felt like I was possessed by her. I love her and what she represents. She will be in my heart forever.

It was emotional for me when I saw the women who helped me prepare for the movie and understand her. When I saw them at the premiere in Spain, they were crying—and they were so thankful, because they felt that there was honesty in the film. That’s the best award you can get from a movie like this.

The movie is risky. It can create a lot of debate and different reactions. We know that because that’s Julio’s world, but I also think it has a lot of heart and light. The movie makes you want to go home and hug the people you love.

Would you lose or gain 30 pounds to play a character?

This isn’t about looking too thin or too fat, but I wouldn’t do anything that puts my health at risk—because I’m a mother. I don’t know though if I would have given you the same answer 15 years ago, when I was more of a kamikaze, [at the time] when actors sometimes lost 20 to 30 kilos for a character. That’s even more dangerous than gaining weight. I don’t think I’d try to lose 20 kilos for a role. No movie is worth risking your health.

Did this film make you more committed toward helping breast cancer awareness?

Anything that I can do to help, I’ll be happy to be part of that campaign. But this is my second movie about breast cancer. A few years ago, I did a movie with Ben Kingsley, “Elegy,” written by Isabel Coixet from a Philip Roth novel, “The Dying Animal.”

This is the second time I play a cancer patient. I just directed a documentary (“1 in 100,000”) about childhood leukemia, which was one of the [most memorable] experiences I’ve had in my life. I’m going to release it in Europe in September and later, here (in the United States).

I wanted a platform for these families and children to share their stories, [because of] the lack of research on cancer in children. Everything that we raise with the documentary will go to a foundation called 1 in 100,000, which will solely be dedicated to research.

Have you ever been treated by a singing doctor?

No. It would be wonderful, though.

The actor (Etxeandia) has a good voice. Is he a singer in real life?

Yeah, Asier is an amazing singer. He does a show in Spain called “The Interpreter.” He should go to Broadway. Everybody would fall in love with what he does, because his talent is mind-blowing. Onstage, this man is incredible!

You are one of the few stars who hasn’t had something done on her face.

I don’t judge the ones who decide to do that because everybody has to feel comfortable in his or her skin. But I’m an actress, and I want to evolve as an actor playing characters that suit my age. I wasn’t playing a mother 15 years ago. I am now, but it’s not like I play a mother every time I’m working.

There’s so much to explore now that I’m 42. When I’m 50, 60 or 70, there’ll be new challenges—I look forward to all that. I want to live my life and experience it every step of the way.