New series on artists, their back stories on Lifestyle Network 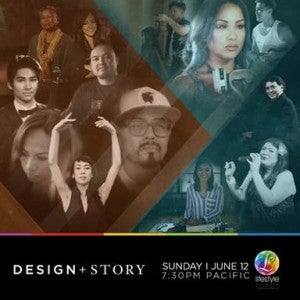 “Design+Story,” shows how it takes dozens of hands to create a single handbag, or the mighty desire of one young woman was all it took to disrupt and innovate Fashion Week.

Lifestyle Network’s “Design+Story” presents the inspired journeys of artists, presented side-by-side in a collaborative narrative of their beginnings, inspiration and craft.

“When we think about what inspires us most, we think of works of art,” said Lifestyle Network channel head Aileen Paredes. “The power that a song can have to define the summer of 1999, the mark of one’s coming of age stamped by intricately designed undergarments, and even the way that a movie can give a memory an endless lifetime–they shape us and change us. We are delighted to bring you the artists of Design+Story whose breakthroughs will inspire audiences to pursue their passions and make every day a masterpiece.”

Bautista and his films have received numerous international awards and grants. His film, Boundary, was the NETPAC Best Film winner at the 2011 Cinemalaya Independent Film Festival, Grand Jury Award for Best Feature winner at the 2012 Guam International Film Festival, and won him a nomination for Best Director at the 2012 Gawad Urian Awards. “It is my sincere hope that somehow, my films inspire the next generation to take pride in our heritage and to not hold back in creating or doing something extraordinary,” said Bautista.

De Peralta began writing music at 15. After winning a statewide talent show, he and his friends recorded an all-original album that won them two Na Hoku Hanohano award nominations. “My goal as a songwriter is to bottle up good vibes and aloha into songs so that when others hear it, they feel happy. A brush of good music brings peace to our minds and joy to our hearts,” wrote De Peralta.