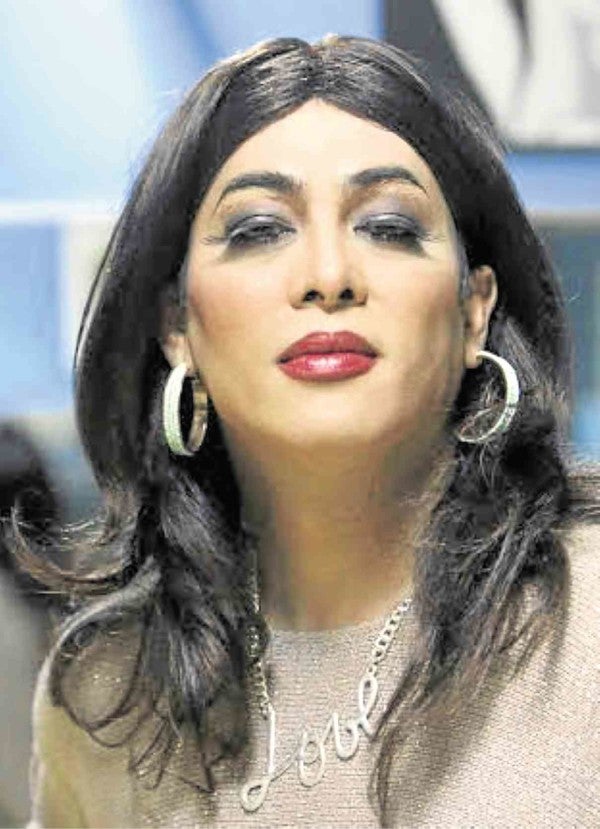 Jay Manalo plays a cross-dresser for the first time.

Journalist and filmmaker Arlyn dela Cruz is known for venturing where others fear to tread, tackling political themes with courage and conviction—the massacre of journalists (“Maratabat”), the struggles of military men (“Mandirigma”) and the life and times of a revolutionary (“Tibak”).

Curiously, her choice of subject matter often proves newsworthy. “I started working on (my second film) ‘Mandirigma’ long before the Mamasapano clash,” she told the Inquirer.

Also, her third film “Tibak,” which is a biopic of Jose Ma. Sison, founder of the Communist Party of the Philippines, is set to open in August. “Hopefully when ‘Tibak’ opens, he is already back in the country (from his exile in the Netherlands).”

Quite admittedly, her newest film’s topic sounds like a departure from past works, she acknowledged. From politics, she gets mighty personal this time.

Her fourth film, “Pusit,” tells the story of Filipinos living with HIV. “Pusit is gayspeak for HIV-positive,” she explained.

Interestingly, the ailment hogged the headlines recently after the Department of Health’s announcement that six cities (Quezon City, Manila, Caloocan, Cebu, Davao and Cagayan de Oro) might be unable to deal with rising HIV cases in the next few years. 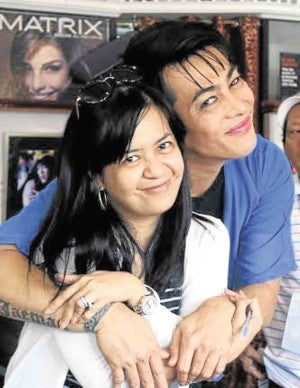 Arlyn dela Cruz and Jay Manalo on the set of “Pusit”

“There are 50 new cases of HIV every day,” she remarked. “Every day, there is a long line of patients at the Research Institute of Tropical Medicine in Alabang.”

Months ago, during an interview with a former city mayor, Dela Cruz had learned of the worsening health crisis. But when she found out that a friend had died of AIDS, she felt compelled to make “Pusit.”

Dela Cruz, who is news director of Radyo Inquirer and anchor of the morning show “Banner Story,” was also inspired by the story of a regular listener who lost his eyesight because of the illness. She introduced the avid follower to cast members to familiarize them with the reality of the disease.

Mike Liwag, one of the actors in the film, related that his encounter with the real-life patient, proved enlightening. “I learned a lot from him. He didn’t look like someone who was sick. He seemed confident and cheerful. It must be because his mother is very supportive,” Liwag recounted.

Producer Tess Cancio pointed out that “education” plays an important role in fighting the spread of the virus. “Our goal is to raise awareness of the infection, especially among the youth,” Cancio said.

“Patients are getting younger. Some are only 14 years old. There is a need for information dissemination. In the past, we only think about it on World AIDS Day in December,” Dela Cruz said.

Dela Cruz had originally tapped Julio Diaz to play a central role. After Diaz suffered a stroke, Jay Manalo took over the part.

“It’s Jay’s first time to play a cross-dresser onscreen,” Dela Cruz related. “I based his character on a makeup artist I know.”

Dela Cruz herself underwent a health scare before the start of filming. She was diagnosed with colon cancer and had to undergo treatment.

The trouper that she was, she reported on the set immediately after her hospital stay. 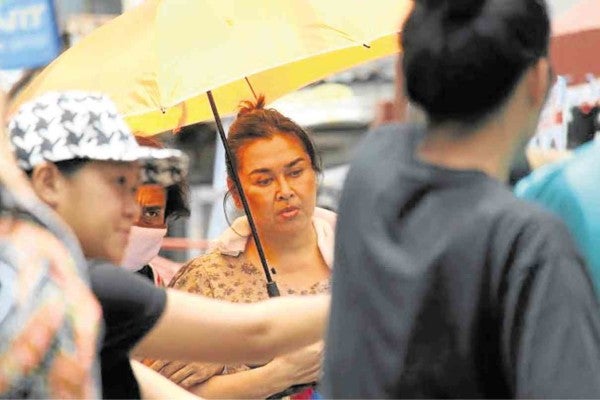 In a way, “Pusit” is a very “personal” film. She clearly understands the plight of her film’s characters because she likewise deals with a life-threatening ailment.

Indeed, it was a turning point for Dela Cruz. “Everything is the will of God,” she said. “How can you mope or get angry when life is a gift to be shared?”

That was why when she learned that her debut film, “Maratabat,” won best international film at the 5th People’s Film Festival in Harlem, New York, she was understandably emotional.

“I kept crying,” the hard-boiled journalist confessed candidly. “Carlo Cruz, one of our actors in ‘Maratabat,’ attended the screening in New York. He told me that the audience gave the film a rousing ovation.”