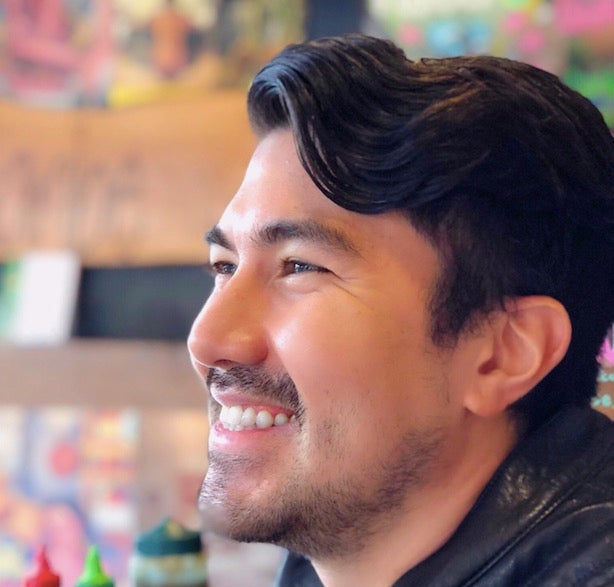 Luis Manzano requested netizens to stop bashing the girl who spoke out regarding his P10,000 donation for a debut.

Manzano previously offered P10,000 to a “Sir Solder” after a show to finance a small party the man planned for his daughter’s debut. In the now deleted series of tweets, netizen @iamhiselle said she hoped reports wouldn’t get edited that Manzano only donated P10,000 (“Sana wag nila i-edit bukas na 10k lang binigay ni Luis Manzano sa debut”). She also claimed most of the expenses for a celebration came from her family’s pockets. Manzano got wind of the tweet through a friend and explained his side. He also offered to give more if needed and asked the girl to send him a private message.

This created an issue among netizens, criticizing the girl for being ungrateful.

Manzano said in an Instagram post on April 23 that he and the girl have already talked and came to an agreement. The post contained a screen grab of the girl’s private message to Manzano asking for help on what to do regarding bashers. The girl said she just wanted to clear her name and again apologized for involving him further on the issue. 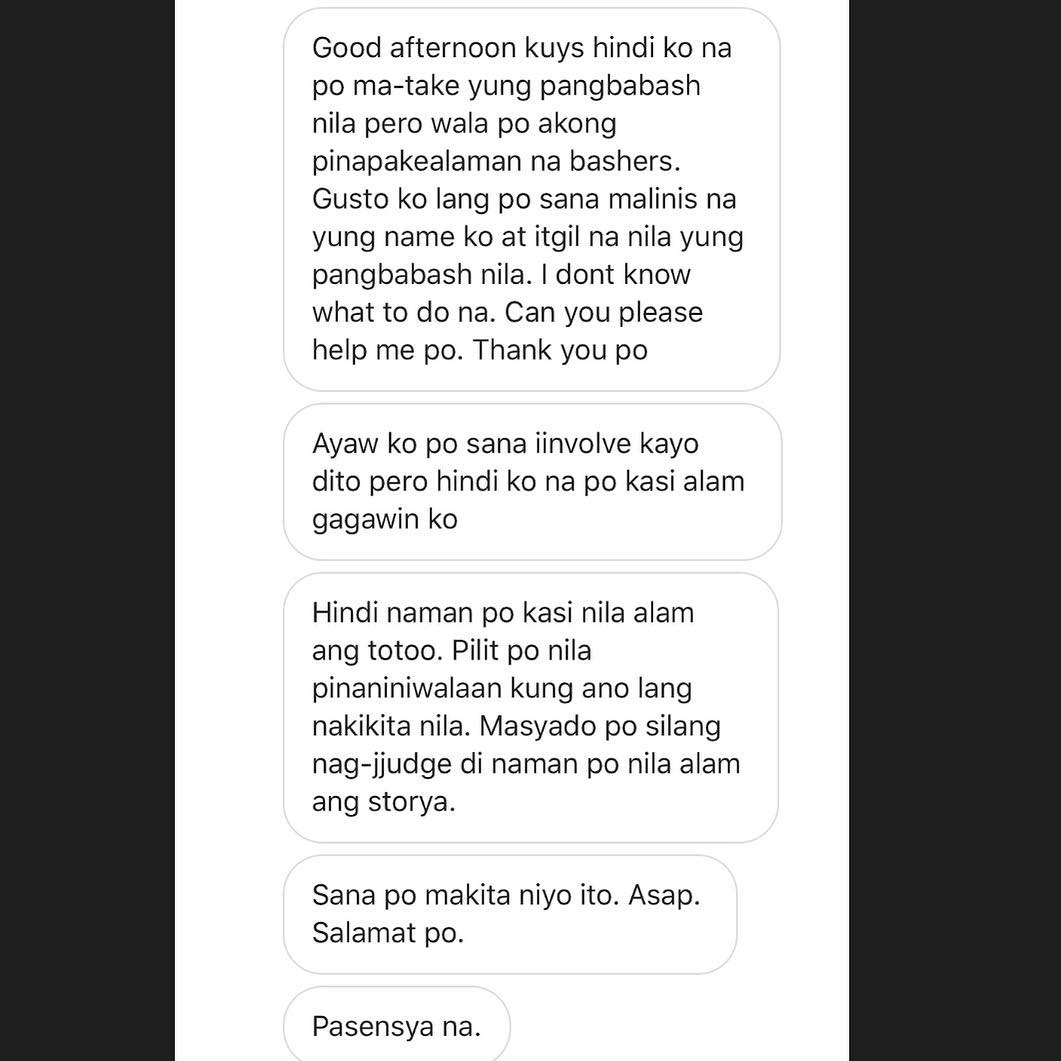 The actor thanked fans who defended him when the issue first broke out around April 20, but urged bashers to drop the topic and let the girl be. He insisted, “NAGSORRY NA SIYA NG MARAMING BESES [smiley] (She already apologized a number of times).”  /ra 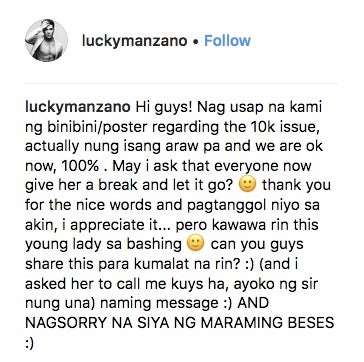