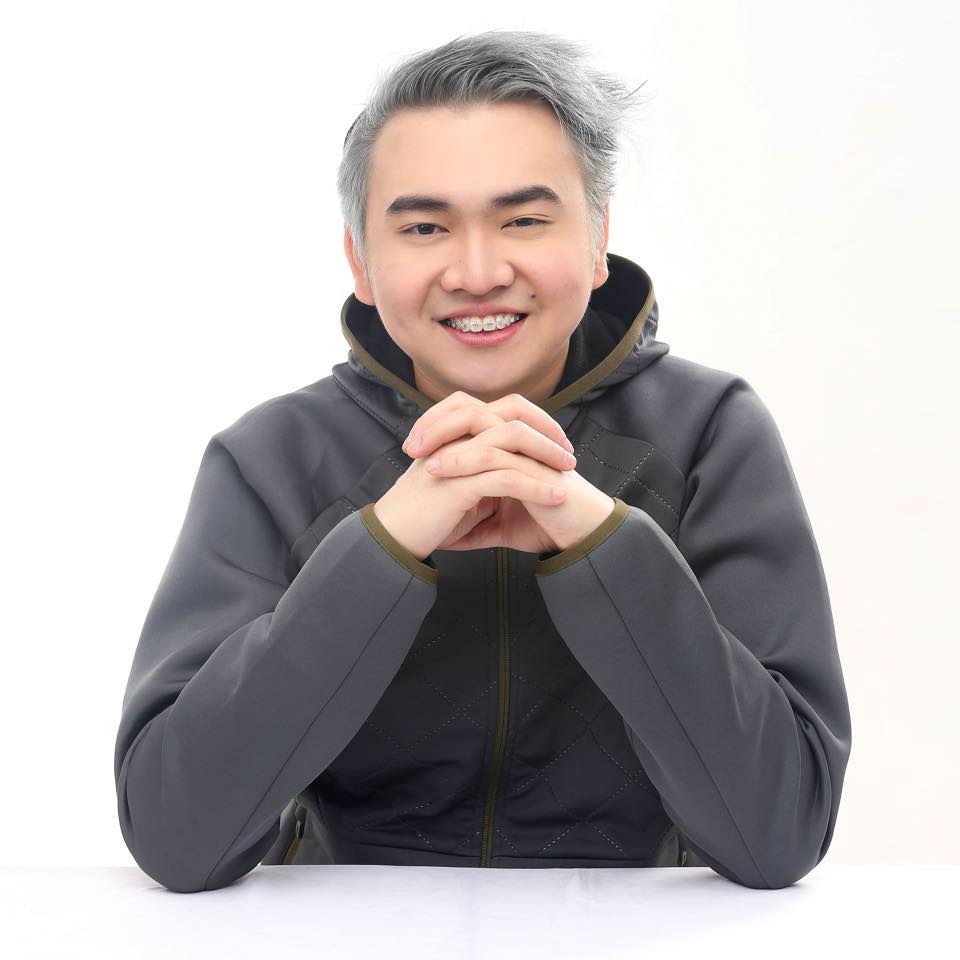 Xian Gaza has set his sights on Myrtle Sarrosa and invited the actress to a movie date.

Gaza uploaded an edited movie poster of “Avengers: Infinity War” on Facebook last April 22 with the caption, “I don’t know how to say this but you know what, I crush you. Myrtle Sarrosa, will you watch Avengers Infinity War with me? P.S. Sorry hindi ko na afford ipabillboard pa ‘to, nyeamumulubi na kasi me.” 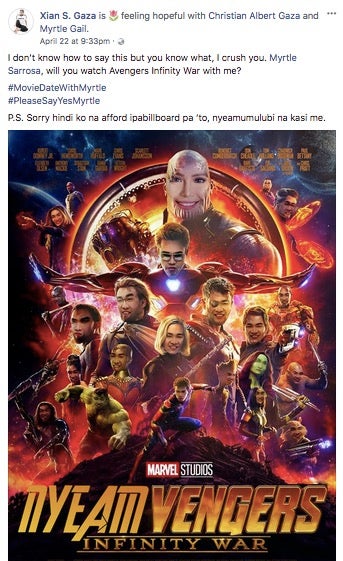 Sarrosa’s face was superimposed on Thanos’ head, while the other members of the Avengers had their faces changed as well. The word “Avengers” was also edited to include Gaza’s catchphrase “nyeam.”

Netizen Erick Montevilla Naval, of San Pedro, Laguna, commented on Sarrosa’s cosplaying hobby and suggested Gaza match her with his own costume. Gaza replied that his costume was ready.

Gaza first gained the attention in 2017 after he commissioned a billboard to invite Erich Gonzales for coffee. The actress rejected the invitation.

Gaza found himself in jail on April 12 after surrendering to police when two arrest warrants were issued against him for violation of the Anti-Bouncing Check Law. The self-proclaimed CEO had admitted to bankruptcy and is currently looking for other ways to make money including auditioning for “Pinoy Big Brother.”

Read Next
Matteo Guidicelli wonders how he should react to being called ‘fat’
EDITORS' PICK
Leveling up your ‘lutong bahay’ with the kitchen companion you never knew you needed
SM prepares for ‘safe malling’
Notice of 2020 regular meeting of stockholders June 18, 2020
LIST: What to expect in areas under GCQ, MGCQ
Drilon wants repeal of penal provisions in proposed Bayanihan extension law
DOTr bares 2 phases of public transport revival in GCQ areas
MOST READ
LIST: What to expect in areas under GCQ, MGCQ
Hong Kong loses US ‘special status’ — what next?
Duterte approves Metro Manila’s shift to GCQ starting June 1
Bocaue Mayor Joni Villanueva passes away, Sen. Villanueva confirms
Follow @ABayleINQ on Twitter
Don't miss out on the latest news and information.