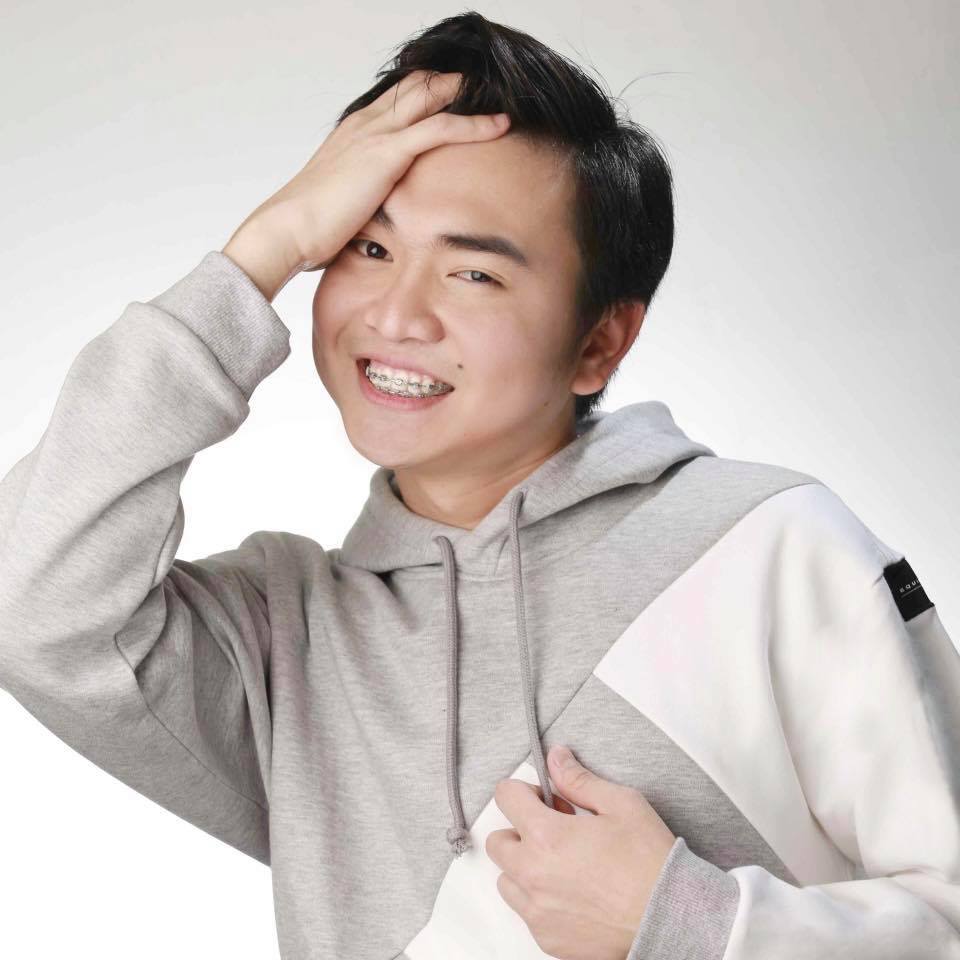 Xian Gaza has turned himself in to authorities after two warrants of arrest were issued against him.

The self-proclaimed CEO, whose claim to fame is asking an actress out through a billboard, has allegedly shirked away from paying back two investors who shelled out funds for a coffee-shop business, according to news reports.

The victims, Jaime Asuncion and Melinda Cruz, took their cases to the Malabon Metropolitan Trial Court, charging him with violation of Batas Pambansa (BP) 22, or the Anti-Bouncing Check Law.

In an interview with DZMM, Asuncion revealed that Gaza initially approached her to invest into the business. Gaza partially repaid the debt before reneging on the rest of the payment.

He then reached out to Cruz for funding; she forked over P2 million in exchange for profit sharing in the coffee business. But like Asuncion, she only received a partial amount before the payment could be completed.

ABS-CBN News reports that Gaza admitted he was bankrupt and that he couldn’t afford to compensate the complainants. He disclosed that he had used the sum from Cruz for a financing business, but that his debtors had also failed to pay their dues.

Though Gaza seems to have made light of the situation with his social media posts, today he announced his surrender.

He also posted a criticism of people involved in networking marketing or multi-level marketing, claiming that they “brainwashed” others through “materialistic indoctrination.” 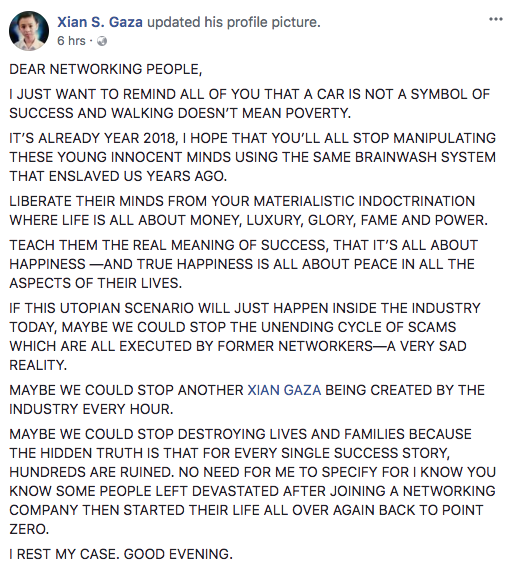 Multi-level marketing (MLM) is a direct-selling strategy wherein companies encourage distributors to gain recruits by paying them a cut of their recruits’ sales. Though MLM is a legal marketing model, it is associated with pyramid schemes.

Unlike MLM, pyramid schemes earn mainly through steep registration fees of recruits rather than through product sales. Those who participate in the scam recover their registration cost by enticing more people to join, earning more as they rise up the organization.

Some networking companies attract new recruits with promises that they, too, can afford their own car and other luxuries; for Gaza, such practices should end.

“Teach them the real meaning of success, that it’s all about happiness,” he urged. “Maybe we could stop the unending cycle of scams which are all executed by former networkers—a very sad reality. Maybe we could stop another Xian Gaza being created by the industry every hour.”

He shared a photo of himself when he was 13, supposedly a year before Gaza “became a brainwashed networker at the age of 14 and eventually chose the shady path of ‘scamming’ at the age of 18.” 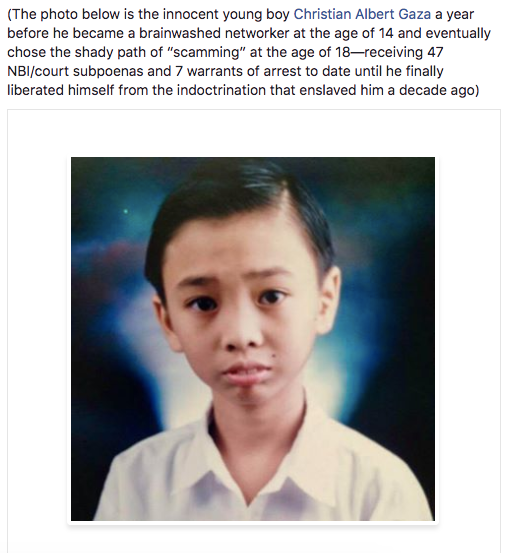 Speaking in third person, he revealed that he has received “47 NBI/court subpoenas and 7 warrants of arrest to date until he finally liberated himself from the indoctrination that enslaved him a decade ago.” Niña V. Guno /ra