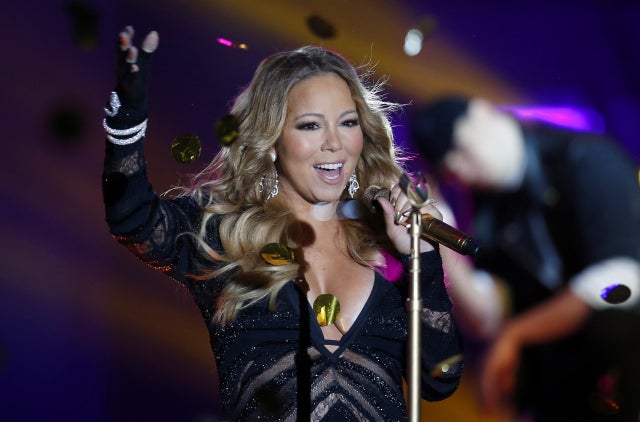 Pop superstar Mariah Carey has revealed that she suffers from bipolar disorder and has entered treatment.

The singer, whose sweeping five-octave vocal range helped make her one of the most successful artists of the 1990s, said she decided to go public to help remove stigma over the mental illness.

“Until recently I lived in denial and isolation and in constant fear someone would expose me,” she told People in the celebrity magazine’s latest cover story.

Carey, who is in her late 40s, said she long presumed that she had a sleeping problem but that her insomnia and irritability turned out to be the lows of bipolar disorder, commonly known as manic depression.

“I would feel so lonely and sad — even guilty that I wasn’t doing what I needed to be doing for my career,” she said.

Bipolar disorder “does not have to define you and I refuse to allow it to define me or control me,” she told the magazine.

Carey said she has Bipolar II disorder, which is characterized by less severe episodes than Bipolar I.

Around 2.8 percent of US adults experience bipolar disorder in a given year, according to the federal National Institute of Mental Health.

In 2001, she retreated in what was described as a physical and mental breakdown amid the flop of “Glitter,” her first film in which she starred in a leading role.

The Long Island-born singer said she started taking medicine and undergoing therapy amid a new rough patch in her life.

In the course of a few years Carey has divorced from actor Nick Cannon, with whom she has twin children, and got engaged and then separated from Australian billionaire James Packer.

While still packing in crowds, Carey has also not matched the phenomenal success of her early career in which she scored a string of number-one hits including “Hero,” “Emotions” and “One Sweet Day.” AB