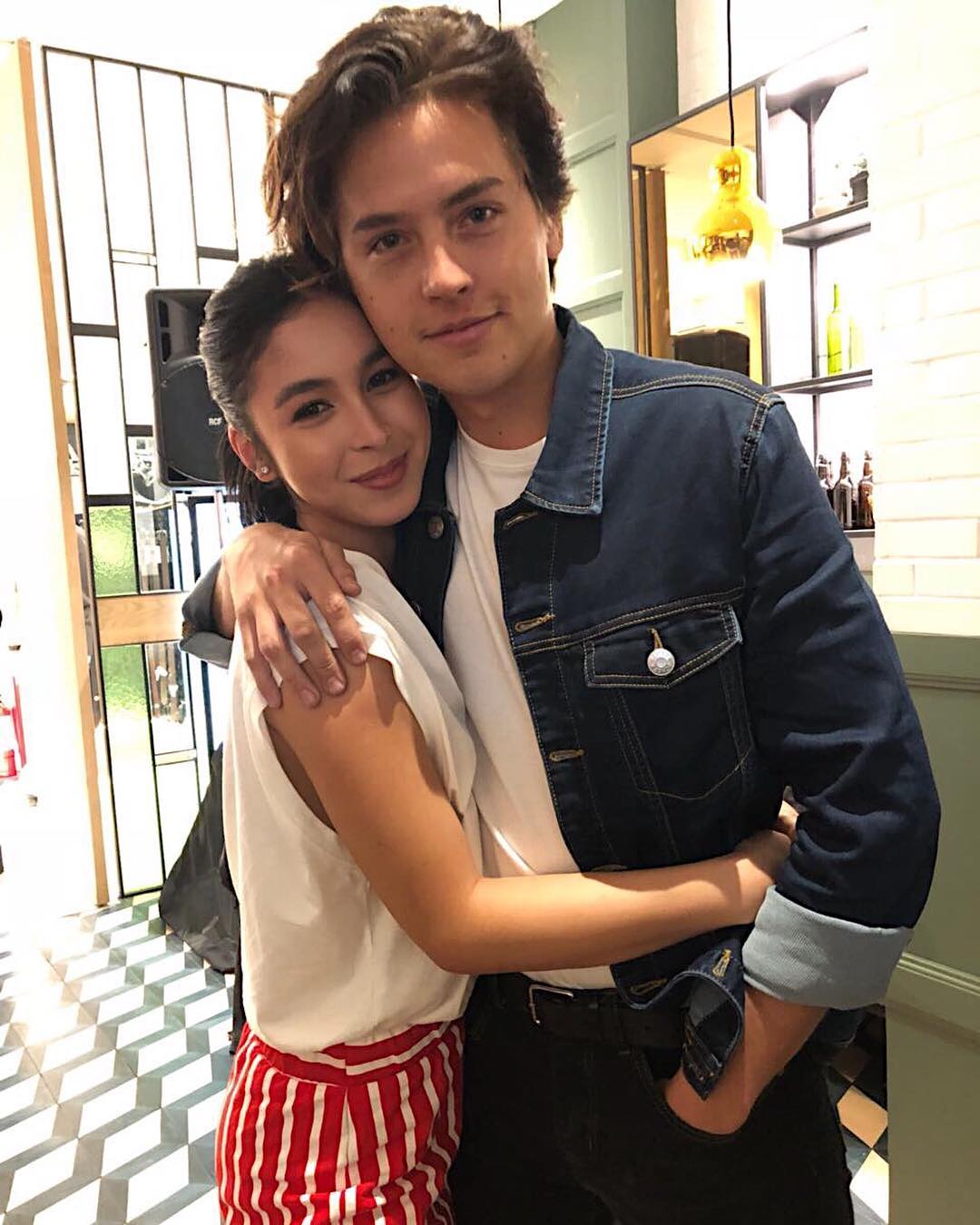 Julia Barretto addressed bashers on social media with a letter and asked them to move on from the issue of her recent troubles with love team partner Joshua Garcia.

Barretto tagged a tweet on April 21 with netizen Jewel Medina (@JewelMedina3) who had been vocal in criticizing the actress as someone not worthy of Garcia’s attention. 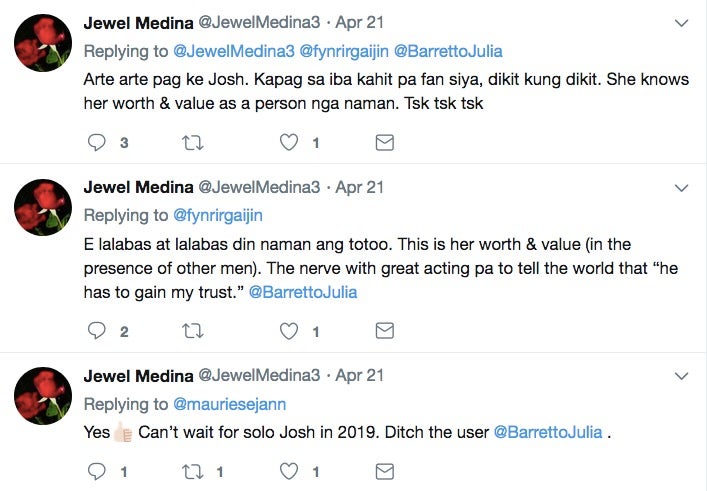 The actress said such criticisms cross the line; Barretto also called out the netizen about the amount of energy she was wasting on an issue that Barretto and Garcia had moved on from.

Barretto further stated that Medina and other bashers have no right to attack anyone when they don’t know the full story behind the issue. 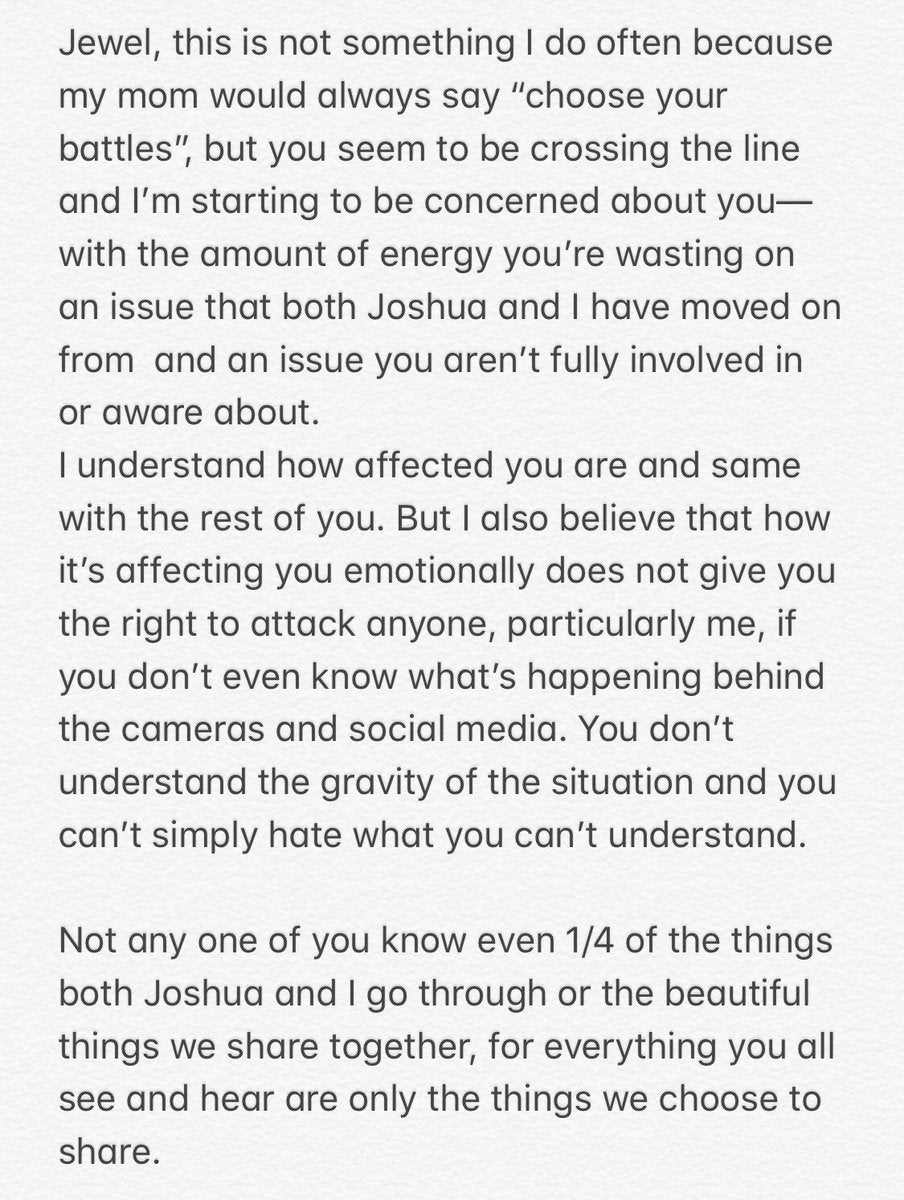 The actress then explained how much love and respect she and Garcia have for one another. She said trials like the most recent issue help them grow stronger. 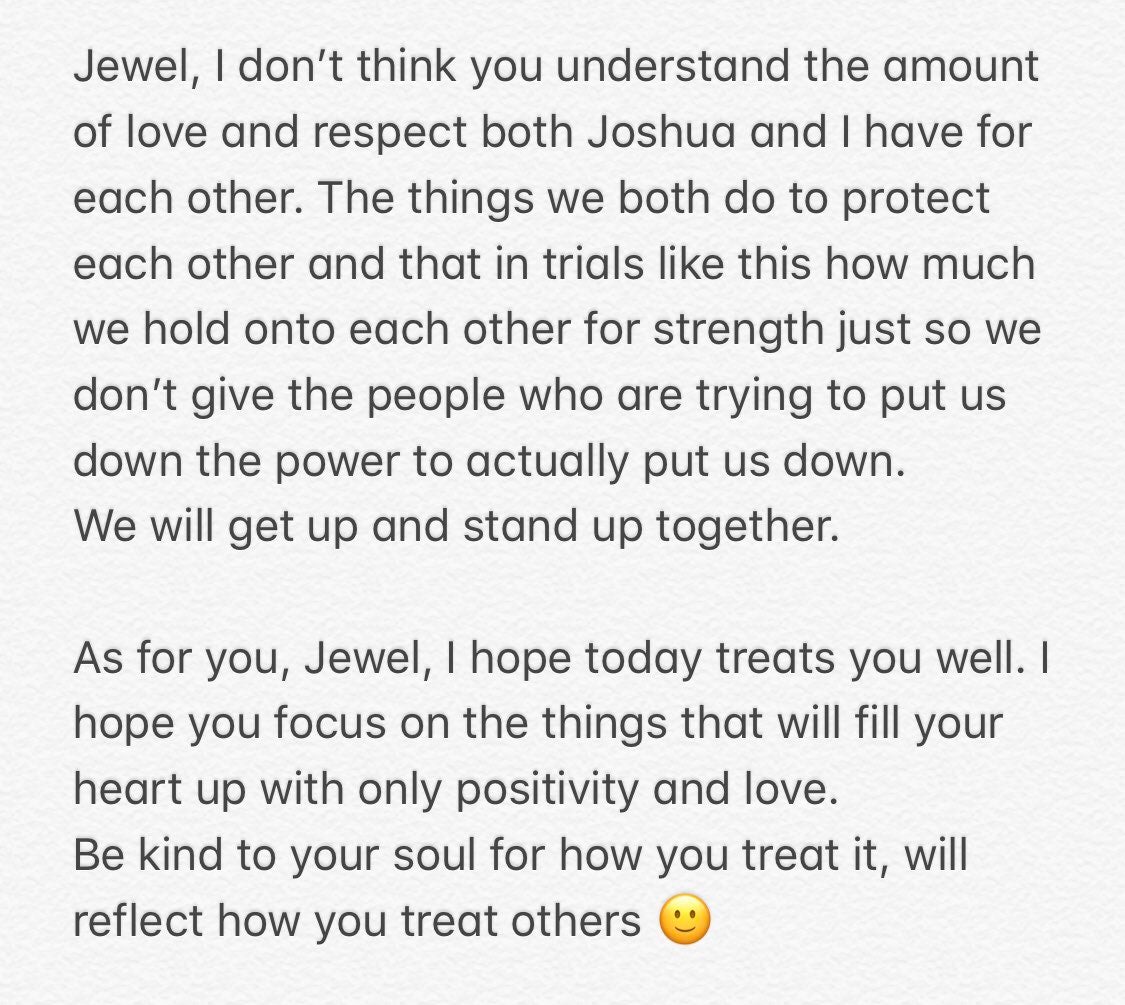 To cap off her letter, Barretto asked and hoped that the netizen would focus more on things that will fill her heart with positivity and love. She said, “Be kind to your soul for how you treat it, will reflect how you treat others.”

The past few weeks saw reports of Barretto and Garcia going through a rough patch in their relationship. Garcia had complimented a girl on Instagram which got blown out of proportion when a screengrab of his private message was publicly posted by the girl. The actor later admitted about committing the mistake, then claimed that he and Barretto have already worked things out between them. JB