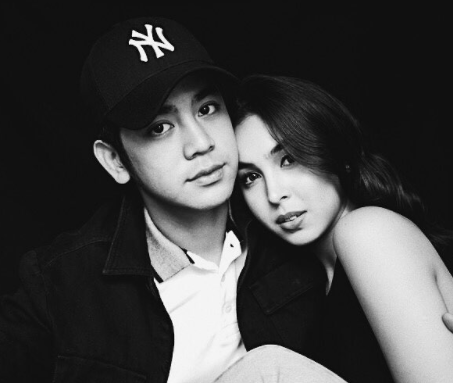 When Joshua Garcia complimented another girl in social media and a screenshot of it went viral, this made diehard JoshLia fans fume, leading to speculations that he and Julia Barretto broke up. Now, the actor finally broke his silence and tearfully apologized for what happened.

Garcia has also explained the tweets that he and Barretto exchanged on March 31. His tweet read: “Anong alam nila tungkol satin na hindi natin alam tungkol satin? @BarrettoJulia” (What do they know about us that we don’t know about us?)  To this, the actress replied, “I also don’t know baba.”

The break up rumors all started when Garcia allegedly sent a private message to a girl named Dane. His message stated “Art photo” and bore a thumbs up emoji for @danerhea’s Instagram shot. The shot shows the girl seated under the shade of a tree, with the shadows of the tree’s leaves casting a spine-like pattern on her bare back.

Dane then took to her Twitter stream to react to his comment. She also publicly posted the screenshot of the private message.

But it seems that fans were not happy with how the actor commented about the shot. Garcia explained that he does not know the girl personally.

(I just gave a complement about the photo. No conversation happened. Maybe it’s just that my bashers saw something…)

As he couldn’t stop himself from crying anymore, Garcia admitted that this caused tension between him and Barretto. When Abunda asked if they indeed fought and have finally patched things up, the actor simply nodded. He said, “Hindi naging madali, pero kaya naman.” (It wasn’t easy, but we made it.)

(Of course I regretted it, Tito Boy, because my loved one got angry. I told her… of course I apologized for what happened and I told her that this is just a challenge. We have to get past this.) Katrina Hallare/JB