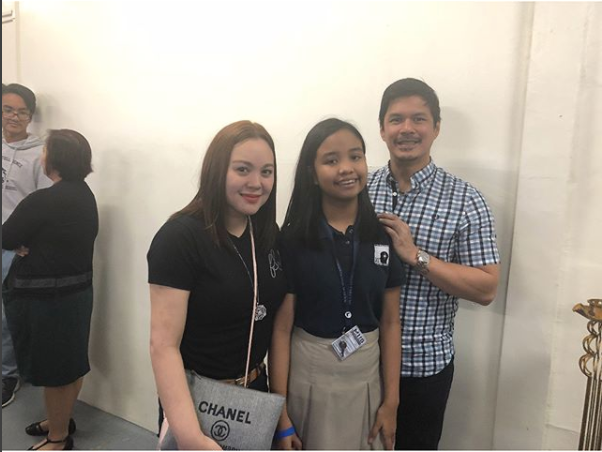 Like any mother, Claudine Barretto will always understand and validate her child’s feelings.

After her daughter Sabina called out father Raymart Santiago and his rumored girlfriend Aurora Legarda, the actress came to her defense. She also made several claims about his relationship with their 13-year-old girl and their son, Santino.

READ: Is Sabina hitting at dad Raymart Santiago and his alleged girlfriend?

Barretto first admitted that the past week was “painful and confusing” for her and her children in an Instagram post on Friday. She also had a series of revelations about her past with Santiago and his relationship with Sabina and Santino.

She revealed that she had begged her ex-husband-to-be to talk to their kids and undergo counseling with the children to make them “feel loved, safe and secure despite our separation.” Both requests went unheeded, according to the actress.

Although a judge had ordered that Santiago could visit the children on Saturdays, Barretto said she was kind enough to allow him to visit them any time he wanted. She said, “It was I who asked Raymart to stay true to his promise both in court [and] sa akin (to me) to undergo counseling, but to no avail.”

About him and his new flame, Barretto said this was not the first time he denied he had a girlfriend. She added, “He doesn’t feel the need to explain, so okay.”

To all those who understand and to those who don’t.

The actress defended Sabina’s actions, saying it was the only way she could communicate to her dad “who by the way DOES NOT VISIT ONCE A WEEK.”

“There were times more than [two] months he would not visit or call to check on them,” the actress complained.

She also claimed that Santiago owed her P4 million in child support, adding that both of them have offshore accounts with “3 million something each that the court granted para [mabayaran] ang [arrears] [niya] (to pay for his arrears), but sadly HE KEPT THIS.”

“As much as I don’t want to put Raymart in a bad light, our child is being bashed,” Barretto said. She added that she would never instill hatred on her children toward their father.

“To say [I] put the quotes [my] daughter made is such a low blow,” the actress said. “[B]ut i will VALIDATE HER FEELINGS as any mother would.”

Barretto and Santiago married in March 2006, and separated in 2013. She previously claimed she was abused by him.  /ra