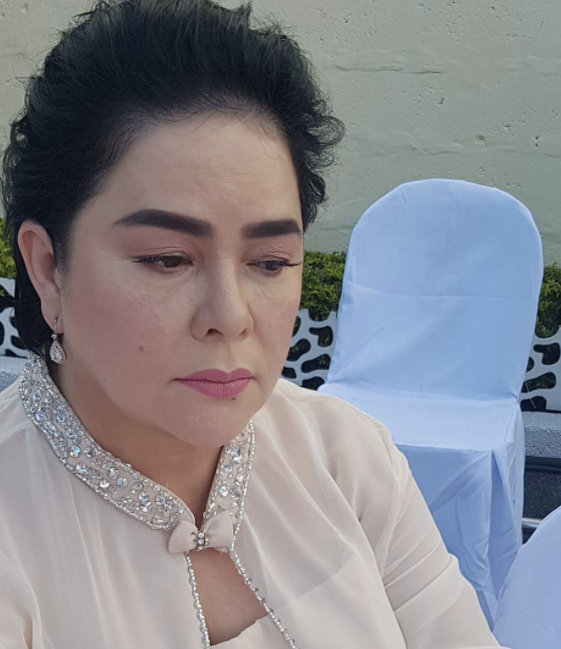 In a recent lengthy Instagram post, Jose finally broke her silence and called out Ejercito and his mother in public.

“Jake, ubos na pasensiya ko sa inyo (my patience has run out). This is the 1st time i am gonna talk about you and your mom? In public!” she wrote.

Jose slammed Ejercito’s camp for claiming that her daughter Andi Eigenmann is “not capable of raising Ellie.” As her rebuttal to his previous statements, she questioned his presence on Ellie’s life. She also stressed that her family never kept Ellie away from Ejercito.

She questioned Ejercito’s contributions, or the lack of such, in raising Ellie. She also criticized his gestures of posting photos of himself and Ellie on social media.

(Please return my granddaughter, I still need to buy her uniform and school supplies. What have you given? Photos? Posting? People don’t really know how you are as a father. You haven’t even given one bottle of mineral water.)

Neither did the actress hold back from speaking about an upcoming hearing for the custody case. The “Ma’ Rosa” star also mocked Ejercito for lacking the strength to stand up for himself. Ejercito is the son of Manila Mayor Joseph Estrada with the former sexy star Enriquez.

Jose vowed to fight for her granddaughter’s welfare.

“3 years bago nio nalaman? Wag ! Pls. Nakikiusap ako sa inyo.June 22 hearing abt what? Na gusto mo pag andito ka sa iyo si Ellie? Ni hindi mo nga kayang ipaglaban sarili mo! Try me ajake! My grand child have a good heary [heart] you know that i will not allow any one to take that away from her.”

([It took you] three years before you knew [that you are Ellie’s father]? Don’t! Please. I am begging you. [What is this] June 22 hearing about? That you want to have Ellie with you when you are here? You don’t even know how to fight for yourself! Try me, Jake! My grandchild has a good heart, you know that, [and] I will not allow anyone to take that away from her.) 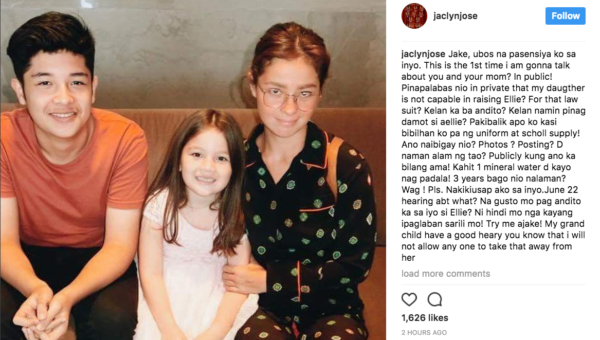 In another post soon after the first one, the actress sent out a message to all her daughter’s bashers.

(Bash me, I will take it all. This is all I can give my daughter for her birthday. To those who bash Andi: do you know my daughter? Most probably not.)

In closing, she clarified that she only broke her silence to protect her family.

“I am speaking not for Andi but a grand mother to make Jake and her family not to take this for granted.na papatulan ko na kayo..”

(I am speaking not for Andi but as a grandmother, to make Jake and his family not to take this for granted, to make them realize that I will fight back.) 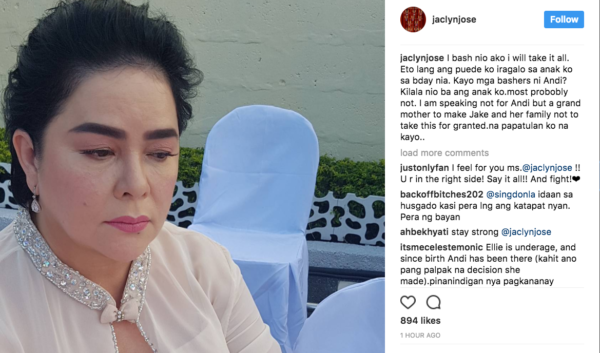 Jake Ejercito has not answered Jose’s statements yet. His Twitter account, where he normally rants, hasn’t shown any response to Jose. As of this writing, his last Twitter activity was dated June 4. 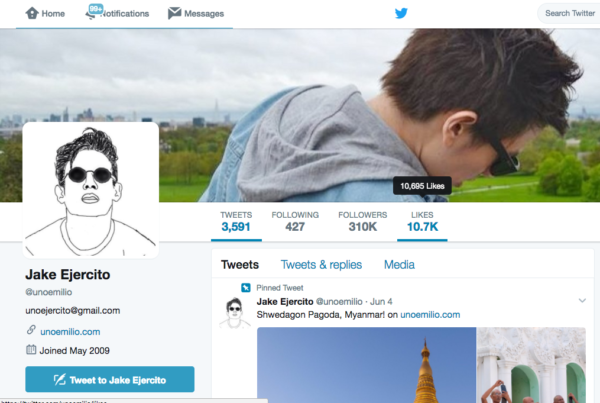 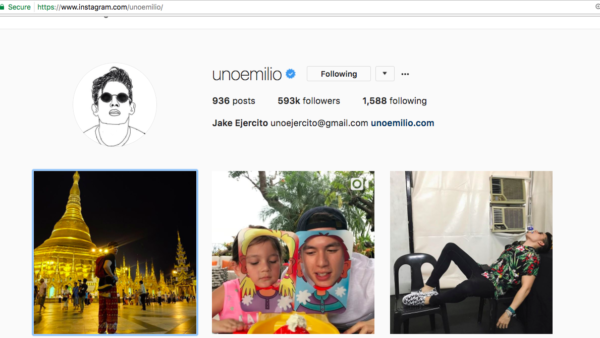 Jake Ejercito and Andi Eigenmann have been embroiled in a series of online word wars, mostly on Twitter. The two have always slammed each other especially over issues concerning their daughter Ellie.  Now, the former lovers are facing each other in a custody case filed by Ejercito. JB

Jake slams Andi for dragging his family into custody battle

Who is Andi Eigenmann calling ‘heartless’ in mystery tweet?