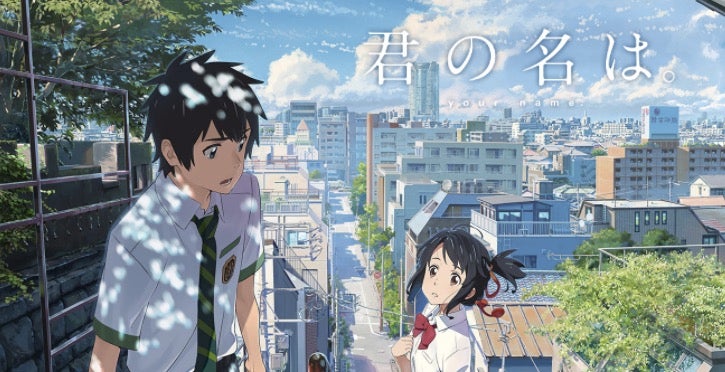 When an anime series gets Blu-ray and DVD releases in Japan, international fans have to wait months before a dubbed or subtitled version becomes available. Not so with “Kimi no Na wa” (Your Name.).

Along with the announcement from the official website about Blu-ray and DVD releases on July 26, there is word that the Japanese copies will include English and Chinese subtitles, reports RocketNews24. Great news indeed for international fans of Makoto Shinkai’s latest work.

A special edition Blu-ray is tagged at 7,800 yen. It comes with a 100-page art and interview booklet, plus two discs of extra content. These include storyboards, a clean opening, unused voice clips, a making-of video segment, the “Kimi no Na wa” bottled water ad for Japanese TV, and a film commentary featuring lead voice actors Ryusuke Kamiki and Mone Kamishiraishi, as well as Radwimps.

For the more hardcore of fans, there is a collector’s edition priced at 12,000 yen (roughly P5,200). This includes both Blu-ray and 4K Ultra HD Blu-ray discs, items from the special edition, plus an exclusive disc that contains a video interview of Shinkai. It also has a video from “Kimi no Na wa” events, including the world premiere at Anime Expo 2016 in Los Angeles. 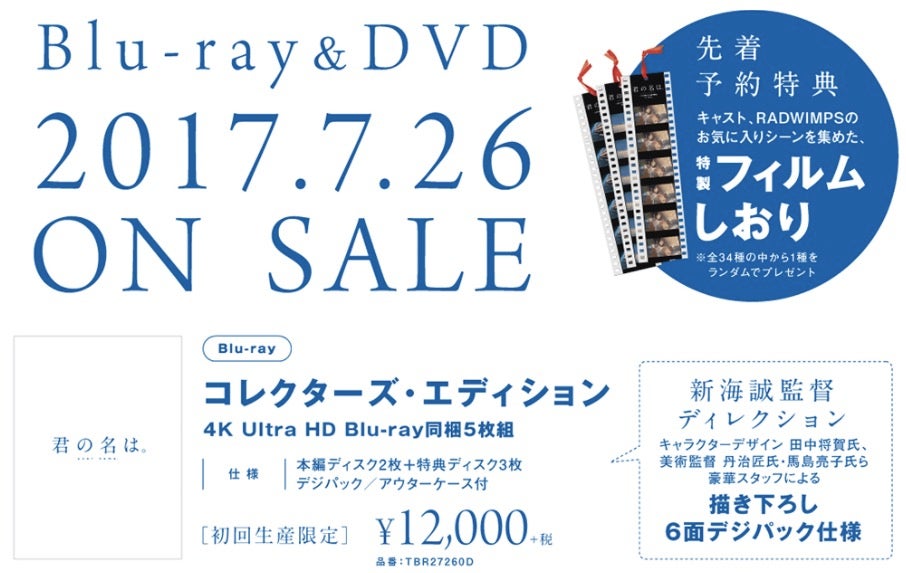 Amazon Japan, CDJapan and Amiami are already taking pre-orders for all the items, so pick your online store quickly if you’re aiming for the limited edition, before it goes out of stock. Alfred Bayle/JB