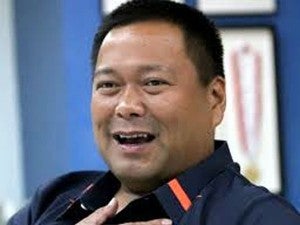 MANILA , Philippines—Senator Jose Victor “JV” Ejercito disclosed on Wednesday that controversial businessman Cedric Lee and his partners were contractors of an arena in San Juan City but because of his “character” the local government decided not to give them other projects.

Ejercito said the contract was already awarded to Lee’s group when he became mayor of the city in 2011.

“He did a project for us but after I saw his character… I did not give him anymore the big projects of the city hall,” said the senator.

“Because you can see their character. How they act…his partners. Relationship for me is more important…I don’t like that kind of character. You know that it’s difficult to get along with,” he said.

Ejercito said he knew Lee because they went to the same school at Xavier School in San Juan when they were high school. He said they are also neighbors and even jogged together sometimes.

In high school, the senator said, Lee was skinny and quiet but the businessman’s appearance and character changed after college when he got into bodybuilding.

While he still saw him around, Ejecito said he kept his distance from Lee because of what he had been hearing about that he had always been involved in mauling incidents.

“It’s not that I’m afraid of him. But I just don’t want any trouble,” the senator said of Lee.

Lee is now at the limelight after he and his group allegedly beat and tortured actor-host Vhong Navarro last January 22 inside a condominium unit in Taguig City. Lee claimed that they only beat Navarro after they caught him in the act of raping their friend, Deniece Cornejo. The actor strongly denied the accusation.

Ejercito said Navarro’s mauling incident should be a good “showcase” for the Aquino administration that no one is above the law.