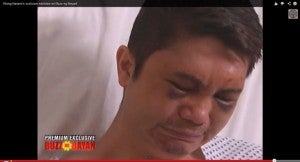 MANILA, Philippines—The National Bureau of Investigation (NBI) on Tuesday filed a criminal complaint against businessman Cedric Lee, his sister Bernice, Deniece Cornejo and several others in connection with the mauling of comedian and TV host Vhong Navarro.

“Evidence is glaring that each of them played their own task in order to perpetrate the crime,” the NBI said in a complaint filed with the Department of Justice.

The three, together with a certain Ferdinand Guerrero, Zimmer Rance, an alias Mike, a John and a Peter Does, have been charged serious illegal detention, serious physical injuries, grave threats, grave coercion, unlawful arrest and threatening to publish and offer to prevent such publication for a compensation.

“First, Deniece set-up the entry of Vhong and the other persons involved in her condominium unit…,” the complaint read, adding that Cornejo even informed the condominium guard at the Bonifacio Global City that she was expecting Navarro and her relatives to arrive and that they should be allowed entry last Wednesday.

On the other hand, Lee, Rance and Guerrero, a certain Mike and two others allegedly took turns in assaulting the actor while Bernice Lee supposedly joined Cornejo in instructing the guard to bar other people, aside from those she allowed in, from entering the unit.

The NBI also said that the suspects were present “during the video-taking where Vhong was naked and was forced to say that ‘Ako si Vhong Navarro, ni-rape ko ang kaibigan ko…'”

The NBI’s complaint was based on the testimonies of security guard Lero Garvin, Navarro’s driver Rommel dela Cruz, and the CCTV footage, among others.

Cornejo and Lee failed to appear before the NBI.

Lee has denied that they extorted money from Navarro and said that he would file libel charges against the actor.

Cornejo, on the other hand, has claimed that Navarro attempted to rape her.

Navarro is still being treated in an undisclosed hospital for the injuries he sustained during the alleged mauling. With Nestor Corrales, INQUIRER.net 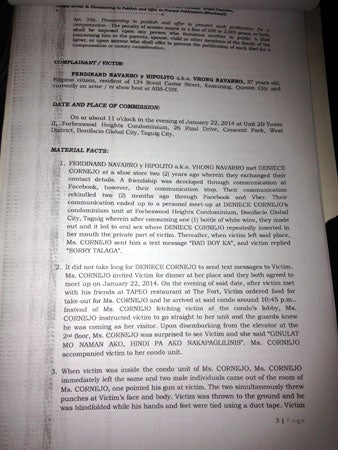 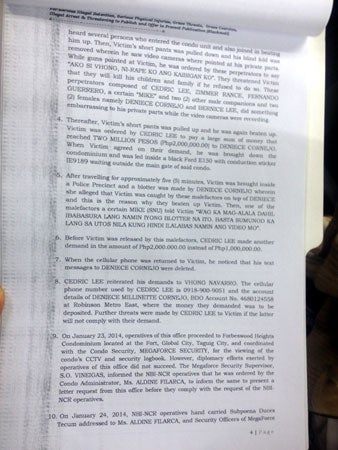 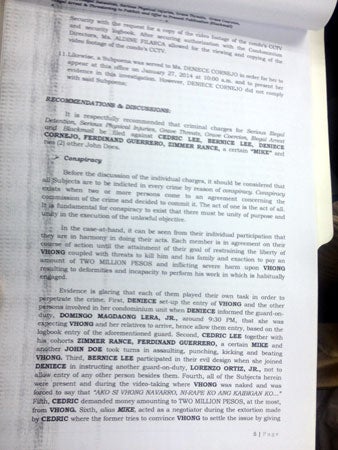 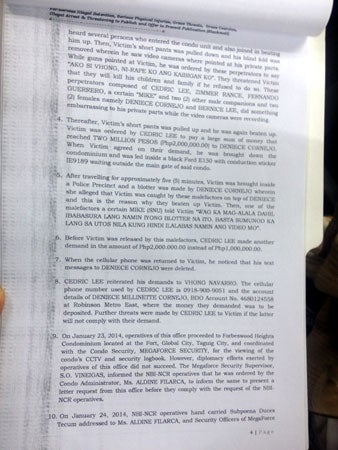 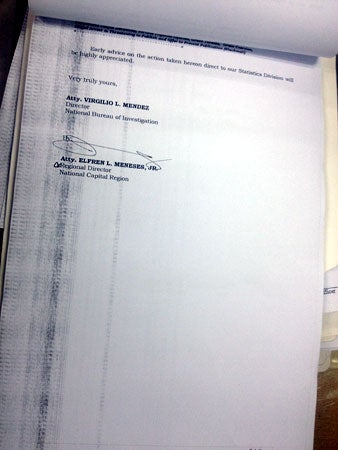