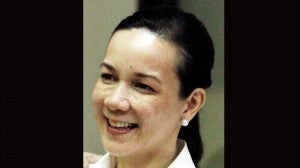 Viewers and voters will look back to the 2013 midterm polls for a number of reasons, depending on the different contexts from which they choose to operate:

Some will cite the rise of young, senatorial “turks,” the bullheaded resiliency of our political dynasties, the relative speed then sudden slowing down of the count, etc.

For our part, however, we value the recent elections for the inspiring “real-life” drama of the victories at the polls of Grace Poe, Leni Robredo and Koko Pimentel.

Poe’s triumph was the biggest story. She started from a relatively low base but steadily rose in the surveys.

However, even those surveys failed to correctly predict the extent and force of her vote-getting power. At last count before the elections were held, she was at No. 5 or 4—but, when the count escalated, she ended up beating the vetted frontrunners by millions of votes!

What happened? It was “FPJ magic” “transferentially” working strongly in her favor, of course.

More dramatically, it was a belated vindication for FPJ’s own presidential bid which he “officially” lost, but actually won in the cheated nation’s heart of hearts.

The “experts” should have seen it coming, but didn’t—and it took more time for the poll coverage itself to realize that it had similarly failed to see the forest for the trees—hence its belated focus on the amazing phenomenon that spoke volumes about justice finally being served at the polls, albeit long after the fact.

For her part, Robredo had her own instructive, inspiring and dramatic story to tell, despite the fact that she was vying for a local post.

When her much-admired husband, Jesse, died, she was eventually persuaded to rise above her personal grief and loss, because the principles he had stood for were being threatened once again. 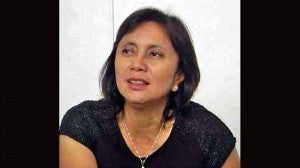 Some onlookers felt that, due to her husband’s popularity, Leni would have an easy time running in his stead. But, veteran political analysts knew only too well that “reflected” admiration sometimes didn’t translate into actual votes.

—Or, more soberingly, virtuous victory often didn’t last all that long, as in the post-electoral travails of once triumphant crusaders against entrenched “evil” like Among Ed Panlilio and Grace Padaca.

So, as election day dawned, it was not at all clear that Leni’s bid would be supported by the electorate in the blazing light of day. But, it turned out that her story had a happy beginning, because she trounced her entrenched rival at the polls.

—Now, if only it can also have a happy ending at the end of her first term, unlike what happened to Panlilio and Padaca.

One thing about virtue and justice, they cannot be left to their own devices after they’ve been won, but have to be fought for and defended from day to day, because the forces of evil will try to subvert them when we aren’t looking.

Koko Pimentel knows that only too well, since he was cheated of victory the first time he ran for senator, and it took him years to get back what was rightfully his.

As the campaign proceeded, his nemesis wasn’t doing all that badly in the surveys, so our fear was that he would defeat Koko again, because some voters have exceedingly short and thoughtless memories.

How wonderful, therefore, that Koko won and his nemesis was finally judged unworthy of high public office. Definitive justice has finally had its day, and we aren’t all that hopeless, after all.