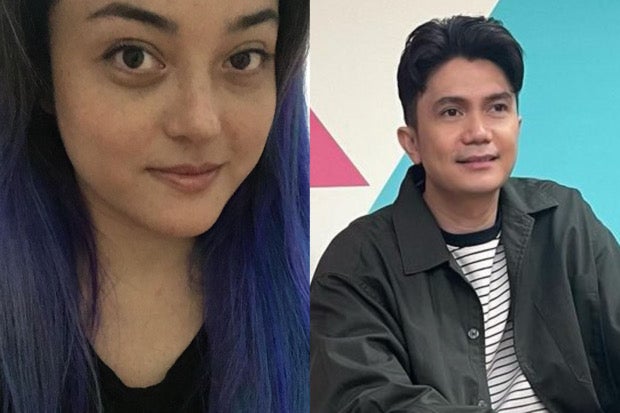 Kat Alano spoke about feeling “broken and defeated” as “evil wins,” after actor-TV host Vhong Navarro was allowed by the  Taguig regional trial court to post a P1 million bail for his temporary liberty in connection with the rape cases filed by model Deniece Cornejo.

The former VJ-model, who in 2020 opened up on being raped by a celebrity whose name “rhymes with wrong,” again took to Twitter on Tuesday, Dec. 6, to signify her dismay.

“I feel sick. This is so wrong. It’s all wrong,” she said. “Bahala na kayo Pilipinas (It’s up to you now, Philippines). You deserve what you asked for.”

“Sana hindi mangyari sa inyo ito (I wish this doesn’t happen to you),” she continued. “It’s a nightmare that keeps going. Evil wins.”

In a separate post, Alano expressed sentiments of losing hope.

“I can’t stop crying. I feel broken and defeated,” she wrote. “Ayaw ko na talaga (I cannot do this anymore).”

This is so wrong.

Bahala na kayo Pilipinas. You deserve what you asked for.

I feel broken and defeated.

In 2020, Alano spoke up on being raped by a “still famous celebrity” who allegedly drugged her and waged “smear campaigns” to destroy her career. While Alano did not mention the celebrity’s name and only used the hashtag “#rhymeswithwrong,” Navarro’s name became a trending Twitter topic after the model revealed her story.

Navarro’s motion to post bail was granted on Dec. 5, with the Taguig court stating that it is “not convinced at this time” of the presumption of guilt on the part of Navarro based on allegations by Cornejo. The court further cited inconsistencies on the part of Cornejo in narrating how the alleged rape transpired. EDV