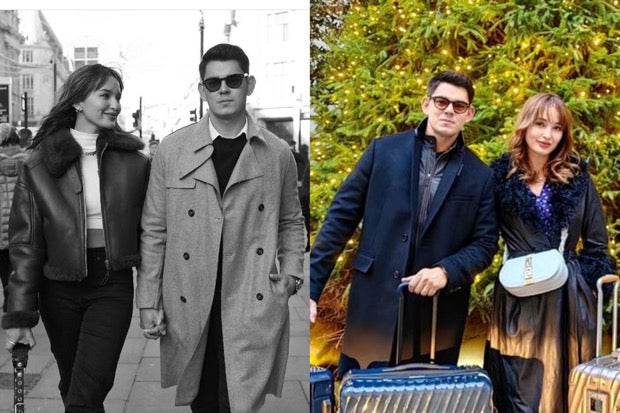 Richard Gutierrez and Sarah Lahbati spent some “alone time” together in London as a way to “keep the flame burning” in their marriage.

The celebrity couple gave a glimpse of their trip, with the actor showing them holding hands while walking in the city, through his Instagram page on Wednesday, Nov. 30.

“Finally some alone time with you in a beautiful city we’ve never been to before,” he said, addressing his wife. “As busy parents, we’ve promised ourselves to always make alone time for each other, either through taking trips, exploring new places or just going on date nights to continuously rediscover each other.”

“We figured out that getting lost together is as important as growing together,” he added. “Keep the flame burning.”

Gutierrez and Lahbati also attended an event for a luxury watch brand, which the latter described as a “night to remember in London,” as seen in an earlier post.

During the trip, Lahbati was able to reunite with her Moroccan father and her friends including actress Bela Padilla.

Gutierrez and Lahbati had been a couple for seven years before they tied the knot in March 2020. They share two sons together, namely Zion and Kai.