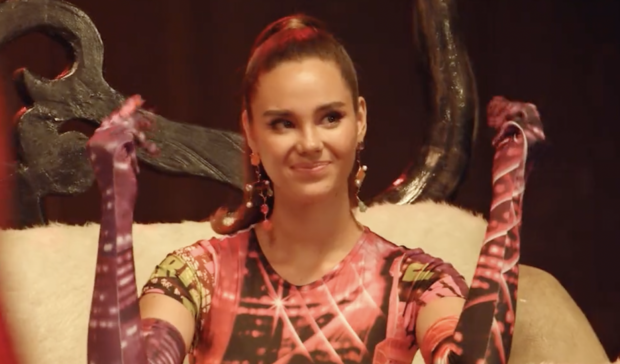 “Drag Den Philippines” has confirmed that Miss Universe 2018 Catriona Gray will indeed be appearing in the series, through its new trailer released today, Dec. 1.

The beauty queen was introduced as the series’ “drag enforcer” in its new trailer, which was first shown on Entertainment Weekly today before landing on the official “Drag Den Philippines” Twitter page.

The trailer gives a peek into the “underground den in the outskirts of Manila” where the show’s eight queens will compete to be the first-ever “Drag Supreme.” It also showed the contestants interacting with Gray, online content creator Sassa Gurl as “drag runner” and beauty queen Nicole Cordoves as “drag dealer.”

Fans also caught a glimpse of the drag challenges in the series, including those themed “Pinoy national symbol” and “Pinoy fiesta-themed national costume.”

For the love of Drags!

DRAG DEN TRAILER na, mga accla! So prepare to get high as we take you on a rollercoaster trip.

This is not a hit and run—kailangan nating i-witness kung sino ba talaga ang First-Ever Drag Supreme! No to hearsays, yes to bodycams 🙏🏼 #DragDenPHTrailer pic.twitter.com/A7UT223sVq

“Drag Den Philippines,” which is produced by Project 8 and Cornerstone Studios, is set to premiere on Dec. 8 on Prime Video Philippines. It will be hosted by “RuPaul’s Drag Race” alum Manila Luzon. Its eight contestants were earlier introduced in a trailer last November.  /ra