For Melai Cantiveros, the story of Jesus’ birth is central to Christmas celebration | Inquirer Entertainment

For Melai Cantiveros, the story of Jesus’ birth is central to Christmas celebration 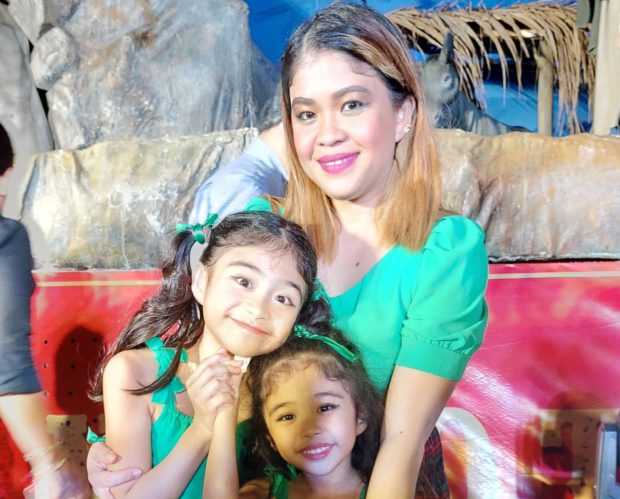 MANILA, Philippines—Host and comedian Melai Cantiveros grew up marking Christmas as a truly happy occasion, and she makes sure to carry the tradition over to her own family, especially to her daughters Mela and Stella.

“Celebrating Christmas in our family is really an unforgettable moment of my life that I will treasure and pass on to my children. That is why I add something extra special now that they are celebrating Christmas, too, because they are the ‘extra special’ in my life now,” she told the Inquirer in Filipino at the sidelines of the unveiling of the “Christmas on Display” at the Mini Fiesta Carnival at the Araneta City in Quezon City on Nov. 18.

Cantiveros said she wants her daughters to experience Christmas as the happiest day ever, “because it’s Jesus’ birthday.” She said she makes sure that the Bible’s retelling of the Nativity should never be forgotten when celebrating the occasion. “It’s not only a celebration, it is about the Bible, it is about Jesus,” she added.

The “Magandang Buhay” host shared that she felt “happy and honored” to be invited to witness the unveiling of the attraction, which revives the animatronic “COD” display of the good old days that attracted throngs of onlookers during the holiday season.

Cantiveros said she is grateful that her daughters also got to watch the display, which took the story of the Nativity as its theme. “I saw that the story is about Jesus, about Joseph and Mama Mary, and Mela and Stella got to see it. It makes me proud, because this is the reason why we have Christmas,” she continued.

The girls have also earned fame for themselves through a viral video with their parents, but Melai said she and husband Jason Francisco will still not allow their children to have the “full-on” showbiz experience. “I want them to focus on their studies, so we really are very picky when it comes to invitations, and projects for our kids,” she explained.

Teleseryes are totally out of the questions, so live appearances are the only ones being considered, for as long as they will not interfere with the girls’ studies, Cantiveros shared.

She said the Cantiveros-Francisco family will spend Christmas in her native city, General Santos, since the clan went to Francisco’s home province of Oriental Mindoro last year.  /ra