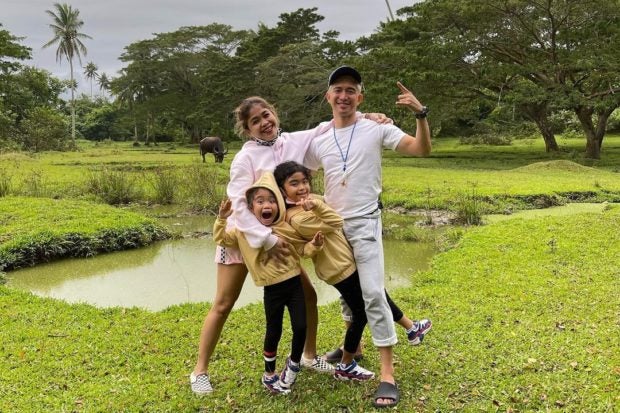 Melai Cantiveros blasted a netizen who recently made negative comments about her daughter’s appearance, stressing that she can tolerate bashing directed at her, but not her children.

The comedienne expressed how furious she was over the said bashing while showing a comment from one @stan.francine.chin on her Instagram page yesterday, Feb. 3. Cantiveros noted that the netizen may be a fan of actress Francine Diaz.

She appears to be told by the netizen to stop “shipping” Diaz’s onscreen partner Kyle Echarri and his fellow “Pinoy Big Brother” alum Chie Filomeno.

Cantiveros clapped back by telling the netizen that she is fine with negative comments about her, but she will not accept those directed at her kids. She also threatened to sue the basher.

(I will ask the [National Bureau of Investigation] to look for your account. I will look for you and sue you for what you said to my child. Say something to me, that’s ok, but not my child.)

Cantiveros eventually showed her conversation with @stan.francine.chin on her Instagram page, also yesterday. She asked for an apology and reminded the netizen to avoid making negative comments online. According to the netizen, the insult was only a “challenge” given to her.

(The netizen reached out and said a lot of things… Let this be a lesson to avoid getting carried away by your feelings and just click without knowing if you will hurt feelings [of others]. Learn to respect other people.)

Cantiveros also apologized to Diaz for having her involved in the issue, though she thinks the actress will understand her.

Cantiveros has two daughters with her husband, fellow comedian Jason Francisco, to whom she has been married since 2013. She gave birth to their first child Mela in 2014 and welcomed their youngest child Stela in 2017.  /ra

‘We will not kill this love’: Melai Cantiveros recites K-pop-themed wedding vows