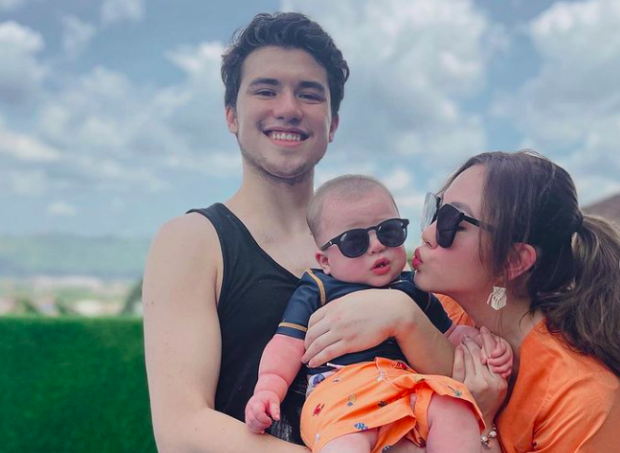 “I’m no stranger to bashing. But come for my son and I will come for you,” Paterson said while showing some screenshots of negative comments that he saw about his son on his Twitter page today, April 7.

“People like this make me sick, wala pang isang taon anak ko (my son’s not even a year old) and [you’re all] making fun of a newborn,” he added.

The first screenshot showed photos of Erich Gonzales with their baby Jude, which one netizen reacted to by saying, “Jusko po panginoong mahabagin bat ganyan ang mukha ng batang yan. Ayaw nyo pa aminin na makasalanan ang mga tao kaya may ipinanganak na ganyan.” (My god, lord almighty, why does the kid look like that? You don’t want to admit it but people are sinful, that’s why some are born like that.)

Photos that followed showed other people laughing at the remark and adding more negative responses about the child’s appearance.

Let’s be honest.
I’m no stranger to bashing. But come for my son and I will come for you. People like this make me sick, wala pang isang taon anak ko and ya’ll making fun of a NEWBORN.
Not gonna erase the names, proud nyo eh. pic.twitter.com/4oc5zsuBAv

“I have no words other than I hope you someday find the happiness you need to [fulfill] that hole in your hearts. Maybe one day I can check on you all, since I have your names,” Paterson added.

Shortly after, Salvador also expressed how furious she was for the bashing directed at her son. She addressed the issue by showing a photo of one of the netizens and questioned his sense of humor in a tweet, also today.

“Your humor must be really f****d up to make fun of a baby. I can take all the bashing in the world directed at me with grace, but direct it at my innocent son and you’ll definitely hear from me,” the actress said.

Salvador and Paterson confirmed their relationship in September last year and she reportedly gave birth to Jude in the United Kingdom by October. The couple did not reveal that they are already parents until months later. JB