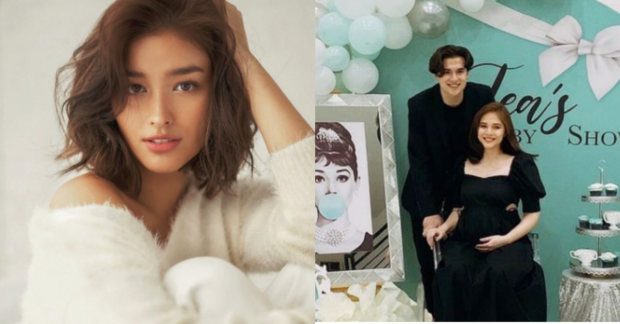 Although she kept her pregnancy under wraps, Janella Salvador was still able to enjoy a baby shower with friends and loved ones before giving birth in the United Kingdom.

The actress revealed yesterday, Jan. 17 that the surprise was from “none another than Liza Soberano.”

“Thank you. You are a gem,” she told the “Alone/Together” star.

Salvador said that the surprise took place while she was having a maternity shoot. The “Killer Bride” star was led into the party with the alibi that she had to shoot an outfit in another room.

Besides the party itself, Soberano also left a video message addressed to Salvador’s baby boy Jude, calling herself Ninang Liza.

“I can understand how hard it must be for your mother,” she said in the video. “That’s why I decided to come up with a surprise for your mom. I made her a baby shower because I want her first pregnancy with you to be a special one and one that she will never forget.”

Salvador and Paterson welcomed their first child last October, they revealed in a vlog on Jan. 5. The couple confirmed their relationship last September. JB

Duterte thanks donor-countries for AstraZeneca vaccines