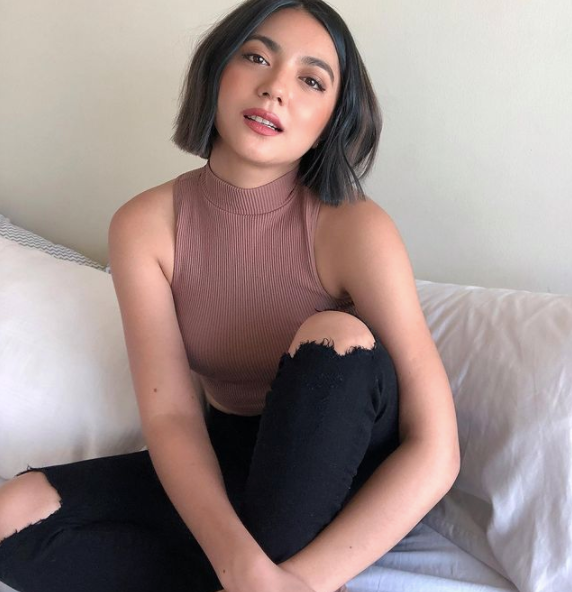 Vlogger Crisha Uy, who was in a long-term relationship with actor Joem Bascon, has gone public with how she feels about his romance with actress Meryll Soriano.

Without naming anyone, Uy got candid in her vlog yesterday, Jan. 17, about her reaction to news which reported that Bascon and Soriano had a baby together. The couple made the announcement on New Year’s Day.

Uy admitted that through friends, she already knew of their relationship and that they had a “bundle of blessing.”

However, reading the news still brought out a strong reaction in her.

“When I was reading the article iyong naramdaman ko that day was nagalit ako. Nagalit ako kasi bumalik iyong feelings ko na I was betrayed all over again,” she said.

(When I was reading the article I felt anger that day. I felt angry because the feelings of being betrayed came back all over again.)

(It feels different when you see it for yourself versus hearing it from someone else.)

She said that the feeling of anger and pain was not because she still loved her ex, and that she had already moved on.

Uy explained: “Finally, finally na-confirm ko na nagsinungaling talaga siya noon (that he lied to me before). That I was lied to na (already).”

(Because I gave them [the] benefit of the doubt before but it was a slap in the face when I saw that. A slap to my face that what I suspected was true. That “Finally, girl! Confirmed,” that was the feeling.)

She also responded to a comment asking why she and Bascon did not have kids together.

“We were planning to get married,” she said, adding that children would have come after. “I thank God na hindi natuloy iyon kasi (that it did not push through because) we are not really meant to be.”

Before ending her vlog, she said, “I guess the greatest takeaway sa lahat ng ito (in all of this), including the recent [news], ang importance ng honesty (is the importance of honesty).”

(Honesty shouldn’t be there only during the courtship stage, during the relationship or when you are in love with each other. You should be honest even during a failure in the relationship, even in the breakup stage despite it being painful. Because if there is honesty, there will still be respect left for one another.)

Bascon confirmed in December 2019 that he and Uy had broken up after 8 years as a couple and a number of years living together. He said back then that there was no third party involved.

Soriano and Bascon, who dated back in 2009, were rumored to have reunited after working on the 2019 teleserye “Starla.” JB

Meryll Soriano opens up on ‘risky’ pregnancy at 38