Gigi Hadid deactivates Twitter account after Elon Musk’s takeover: 'It's not a place I want to be part of' | Inquirer Entertainment

Gigi Hadid deactivates Twitter account after Elon Musk’s takeover: ‘It’s not a place I want to be part of’ 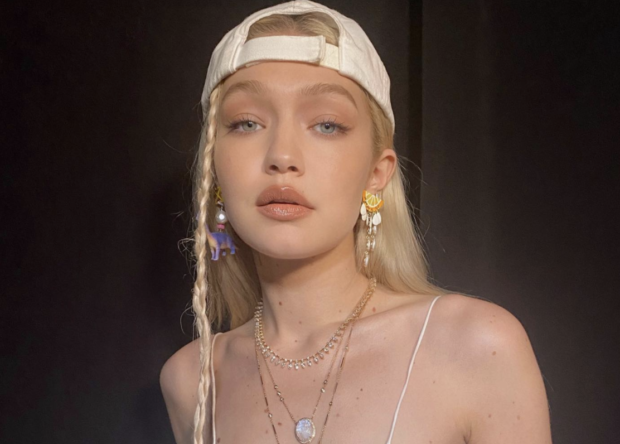 Supermodel Gigi Hadid is the latest Hollywood celebrity to leave Twitter after the several changes imposed by its new CEO Elon Musk, with the American model calling the social media platform a “cesspool of hate and bigotry.”

Hadid announced her departure from the platform while showing a tweet from an employee who was recently laid off from the company, as seen on her Instagram Stories on Sunday, Nov. 6. The post has since expired but screenshots of it have been re-uploaded on social media.

“I deactivated my Twitter account today. For a long time, but especially with its new leadership, it’s becoming more and more of a cesspool of hate [and] bigotry, and it’s not a place I want to be a part of,” she said.

Hadid then apologized to her fans who she had connected to Twitter, while expressing concern over the safety of those still on the platform.

“Only sorry to fans, who I’ve loved connecting with for a decade via Twitter, but I can’t say it’s a safe place for anyone, nor a social platform that will do more good than harm,” she added. 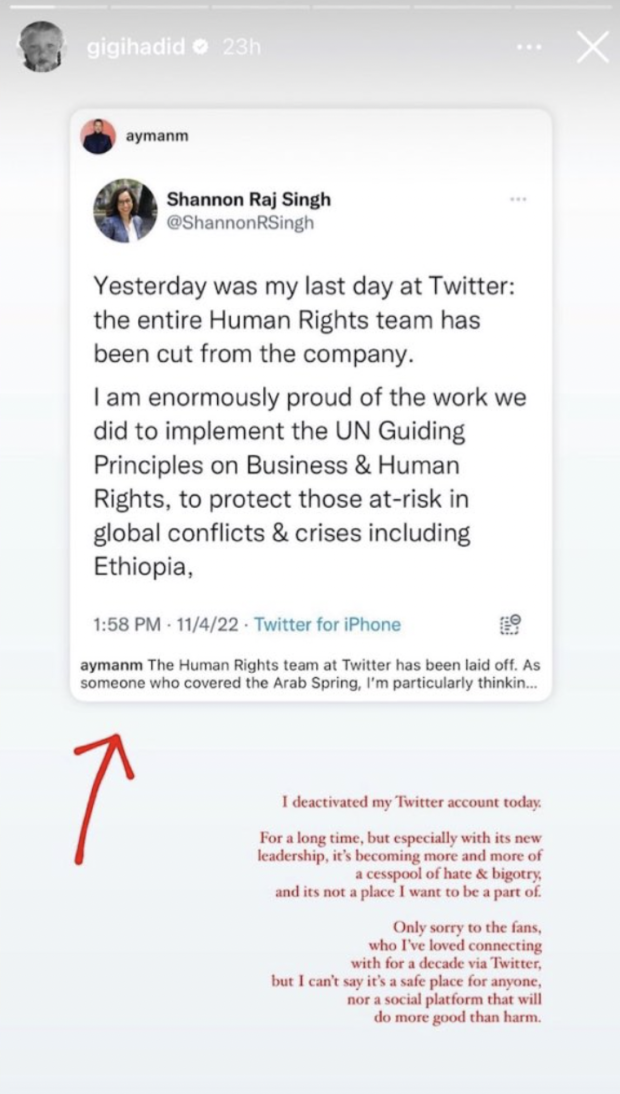 Prior to Hadid’s exit, several celebrities including Sara Bareilles, Toni Braxton and Shonda Rhimes have also quit Twitter and spoke against Musk’s drastic measures after he took over.

Welp. It’s been fun Twitter. I’m out. See you on other platforms, peeps. Sorry, this one’s just not for me. ❤️🙏🏼

I'm shocked and appalled at some of the "free speech" I've seen on this platform since its acquisition. Hate speech under the veil of "free speech" is unacceptable; therefore I am choosing to stay off Twitter as it is no longer a safe space for myself, my sons and other POC.

Not hanging around for whatever Elon has planned. Bye.

Musk, who also runs electric vehicle company Tesla and rocket firm SpaceX, bought Twitter for $44 billion in October. Shortly afterward, Musk fired top company officials, laid off half of the company’s workforce, and cited plans to charge its users, particularly those wanting to retain the blue checks on their supposedly verified accounts.  EDV