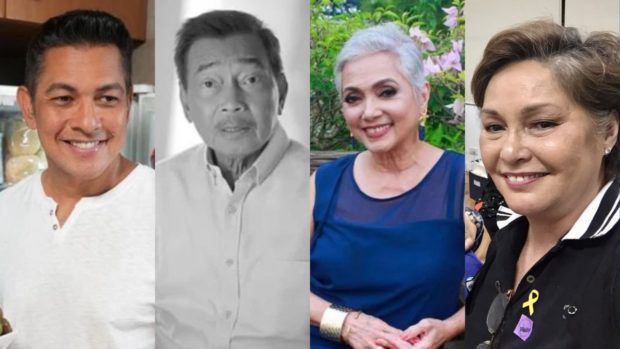 More tributes to OPM icon Danny Javier of Apo Hiking Society have poured in on social media, days after the singer-songwriter succumbed to a lingering illness.

Gary Valenciano, Celeste Legaspi and Leah Navarro were among those who honored Javier as they recounted their memories of him and his craft.

Valenciano paid tribute to the late singer as he credited Javier for the song “‘Di Na Natuto,” which Valenciano considers as what “catapulted” his career, as per his Instagram page on Tuesday, Nov. 1.

“It’s like a part of my history has died too,” he said. “Danny once came up to me believing that this one particular song would do wonders for my career. I was fairly new in the music industry and I knew nothing about songs that would tickle a young audience’s heart.”

“It became such a big hit that it still remains to be one of the songs that I hear people requesting for during my live concerts today. That song was Danny’s ‘DI NA NATUTO,'” he stated.

Valenciano then expressed gratitude to Javier for believing in him, adding how the late singer impacted not only his career but also his life.

“Saying thank you is not enough but I think I can perfectly reflect what many of us have felt for you for all the ways you and the APO Hiking Society moved us all,” he concluded. “I’m glad you have found rest in His peace, Danny.”

Legaspi, for her part, narrated how the Organisasyon ng Pilipinong Mang-aawit (OPM) came to life in 1986 as Javier’s brainchild, via a post on her Facebook page.

“It was 1986. People Power was just done. We felt like we can do anything [and] Danny J called me up to say he has this great idea that we singers can get together and work together,” she recalled.

“Heady, exciting times when we were confident we could achieve a lot because we were together with common goals. It was Danny’s beautiful idea,” she added. “Maraming salamat Danny (Thank you so much, Danny).”

Navarro expressed her longing for Javier as she bid him “good night,” through her Twitter page on Monday, Oct. 31.

“Good night, and Godspeed, Manong Danny Javier,” she wrote. “Thank you for the decades of friendship, music, jokes and arguments, laughter and tears. Already miss you, compa.”

Good night, and Godspeed, Manong Danny Javier. Thank you for the decades of friendship, music, jokes and arguments, laughter and tears. Already miss you, compa. 💛

Javier passed away at the age of 75, his close showbiz friends confirmed on Monday. EDV