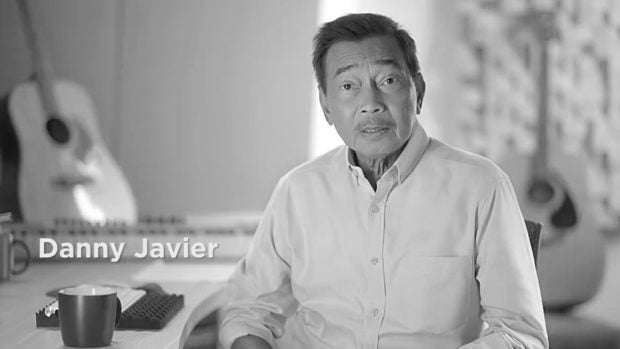 Singer-composer Danny Javier has died due to a lingering illness, his close friends in show business confirmed on Monday. He was 75.

Boboy Garovillo, who was the only one still active in show business among the iconic trio Apo Hiking Society, posted a heartfelt message about the death of his friend and colleague.

“Just feeling the loss of an old faithful friend who knew what love is although sometimes it just doesn’t show. My friend lives on in his music,” he said on Facebook.

Rest In Peace, Tito Danny Javier. Thank you for all your beautiful music.

“Rest In Peace, Tito Danny Javier. Thank you for all your beautiful music,” said Salonga in her tribute.

Condolences poured in from other members of the Organisasyon ng mga Pilipinong Mangaaawit (OPM).

The CompanY offered condolences to Javier’s family and to Apo, who it said “helped build the OPM.”

“The CompanY sends their deepest and heartfelt condolences to the family and friends of Danny Javier. Tight hugs to Jim Paredes and Boboy Garovillo. The APO help build OPM to what it is now. Your legacies are cemented for the ages. Thank you for everything, Danny,” it said on Facebook.

Others who offered condolences were Medwin Marfil of True Faith, Jett Pangan, and Mitch Valdes. 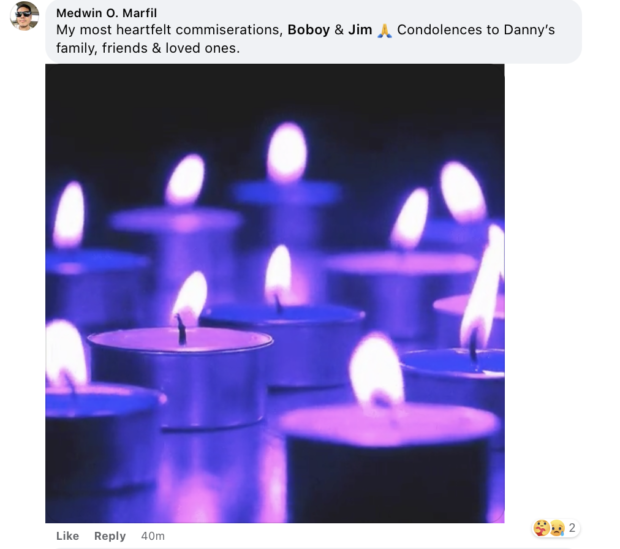 In an earlier interview, Garovillo said that a reunion concert with him, Javier, and Jim Paredes, might no longer be possible.

Aside from Javier being ill, Garovillo said Paredes was no longer active in the entertainment business.

A native of Abuyog, Leyte, Javier was in fact the one who coined the term OPM to stand for the organization made especially to protect the interest of Filipino singers and songwriters and their music.

While he was known as part of the singing group Apo Hiking Society, which made its mark in the local music scene in the late 70s until the late 90s, he was also a composer whose compositions made the charts. 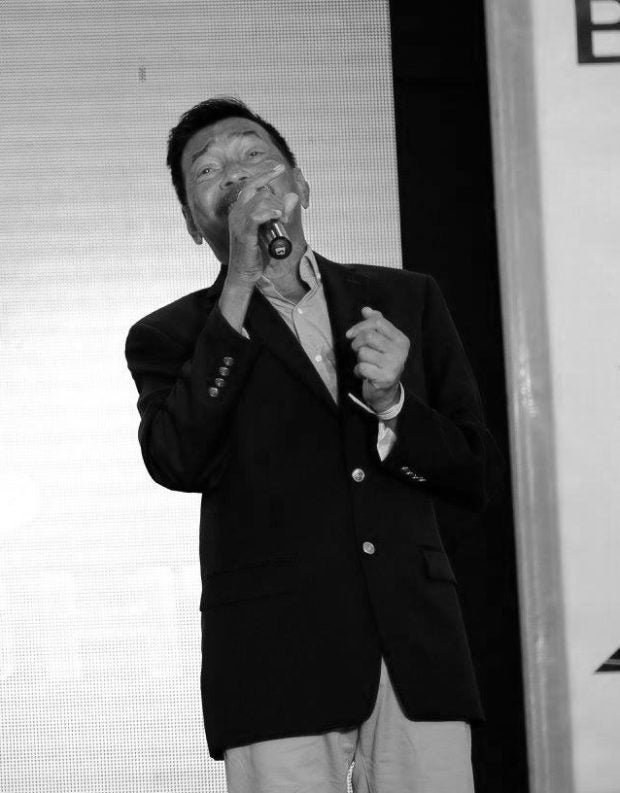 His team-up with Garovillo and Paredes produced several popular shows on television such as the long-running “Sa Linggo nAPO Sila” on ABS-CBN. The group however disbanded sometime in 2009.

A product of San Beda College and Ateneo de Manila University, he also assumed a popular fictitious character as “Pidro,” a provinciano who went to Manila seeking good fortune. The character was such a hit that he ventured into a T-shirt business with Pidro images.