Grammy-nominated Steve Aoki on why he likes playing in PH, what he’s looking for in a collaborator | Inquirer Entertainment

Grammy-nominated Steve Aoki on why he likes playing in PH, what he’s looking for in a collaborator 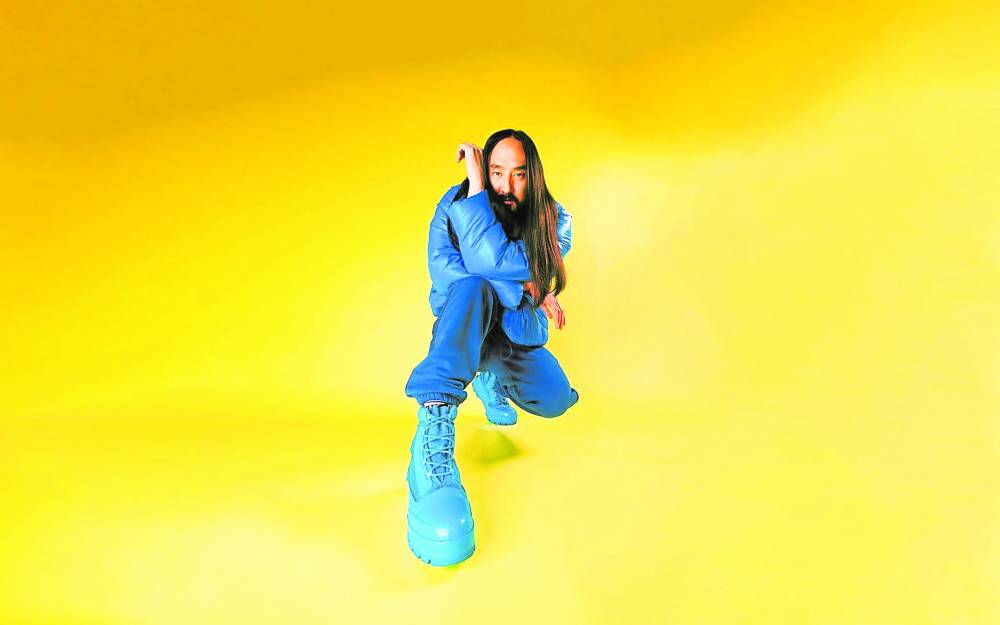 As one of the world’s most in demand DJs and record producers, Steve Aoki could only describe his life as like “being on a moving train going laser-fast speeds.” But with the pandemic grounding the music scene to a halt in 2020, Steve suddenly found himself free, inspiring him to retrace his roots and tap his inner kid.

“I was free in so many ways. We were locked down, but I was free from fear of missing out, from all the deadlines and the hectic life. I was playing more than 200 shows a year—nonstop. And then the world stopped. I think that had many of us going back to our roots,” he told the Inquirer in a recent Zoom group interview arranged by Blackstar.

“I was back to being a child again. I got back to collecting cards and other collectibles, picking a guitar and playing rock music,” added the Grammy-nominated artist, who was once named the highest-grossing electronic dance music act in North America.

The result was his latest and seventh studio album, “HiroQUEST: Genesis”—a 25-track record that “taps into the angst, anxiety and pent-up energy” Steve had during the lockdown and “offers a dynamic soundtrack” life postpandemic. And because Steve ended up rediscovering his love for alternative rock, the genre became a prevalent element across the songs.

“Majority of HiroQUEST was largely influenced by an alternative sound that’s predominant in the genres in the album. And it was because I picked up a guitar and was listening to that kind of music,” he said. “The global side of me is still present—there are Latin sounds, hip-hop, EDM and even country. But alternative rock is a big force in the sound.”

The album goes beyond music. Divided in five chapters, the songs collectively depict a “fantastical” and mythological” universe populated by more than 60 characters. It also introduces and incorporates a new collectible trading card game that he cocreated with MetaZoo Games.

“The music is a connecting tissue to this universe I’m creating,” Steve said. “This album tells a fantastical story, but it’s also about freedom from restraint.”

The 44-year-old American artist has worked with some of the biggest stars in the business, including Linkin Park, BTS, Blink-182, Louis Tomlinson, the Backstreet Boys, Fall Out Boy, Lil Uzi Vert and Machine Gun Kelly.

“Almost everything I do is some level of collaboration—whether it’s fashion, technology, music, art culture,” he said. “I love this idea that we can come together and put aside things from our past that may have hardened or jaded us and just be free.”

You have performed multiple times in the Philippines. What do you like about playing here? The fans. I have been going there since 2007. I haven’t been there in a while, so I’m dying to return. The fans and community have always supported me. I love Manila and have fond memories there. The people are friendly, polite, compassionate and kind. And I can’t forget the culture and hospitality. I love my Filipino fans.

Let’s talk about some of the songs in the album. What was it like working on “Just Us Two” with Taking Back Sunday? It was a delight working with them. They made me feel I’m a part of the group when I flew to Charlotte, North Carolina. And it just brought me back to my youth—being in a band again, jamming, writing music with live instruments.

I have been producing with a computer, MIDI keyboard and everything in a box for the longest time. And then there we were playing the guitar and bass; recording vocals and melodies. The drums were recorded right there. We finished the song, front to back, in one session. We had a fluid, easygoing and natural collaborative process.

What about Santa Fe Klan on “Ultimate?” Latin music is global. The most beautiful thing about the culture of Latin music is that it has really touched the world. One of the things it does is that it makes people dance and have a good time. And that’s exactly what “Ultimate” is about. It makes you shake, dance, sing along and have fun.

I’m also an A&R in addition to being a DJ and producer, so I’m always on the lookout for young artists doing something exceptional and unique. I have been a big fan of Santa Fe Klan even before we worked together. Magic was made.

What do you look for in a collaborator? If I like them as people… There are different ways to express ourselves, so it’s really just about recognizing if we have a bond on a human-to-human level. Do we have energies that will gel? Do I feel like we’re going to make magic? That’s important.

How do the music, card game and this fictional universe mesh together? I love connecting all these. Because, at the end of the day, music, art, collectibles and fashion—these are some of the things that drive us, make us feel and connect with other people.

You go to shows to connect with other people and feel their energy. You find communities and groups that share the same ideas or vision, whether it’s music, games or whatever. I’m just trying to connect my passions—as many of them as I can—in a fluid and natural way to create one large symbiotic and inclusive family. INQ