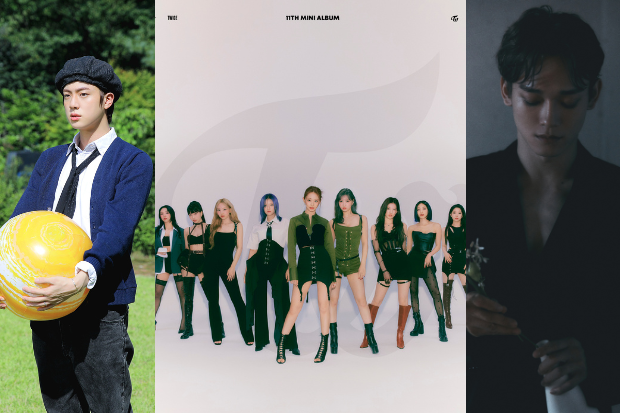 Twice canceled its fan-meet event slated for Nov. 5. The group’s event was to celebrate the seventh anniversary with a Halloween theme, a signature for the nonet. Label JYP Entertainment told fans that it considered changing the concept of the event, but eventually decided to cancel and asked for understanding.

SM Entertainment canceled SM Town Wonderland 2022, a Halloween party for its artists that was to be broadcast live. EXO’s Chen postponed putting out his third solo EP “Last Scene” along with all related activities. The decision was made as a show of condolences for the victims, the company said.

Hybe announced that it will put off its corporate briefing, due to be sent out online on Nov. 4. Jin of BTS also pushed back unveiling promotional content for his solo single.

YG Entertainment wrote on its social media channel that it will halt releasing all promotional content for its artists for the time being.

This is YG Entertainment. pic.twitter.com/YuZA4wzOC4

Bands such as Ateez and Dreamcatcher that were in the middle of concerts on the night of the incident kept shows calm to a certain degree and expressed sympathy onstage.

The global media conference for the 2022 MAMA Awards was rescheduled as well. The conference was to be held on Nov. 2, but was put on hold until after the weeklong national mourning period, which will end on Nov. 5. DC/RA