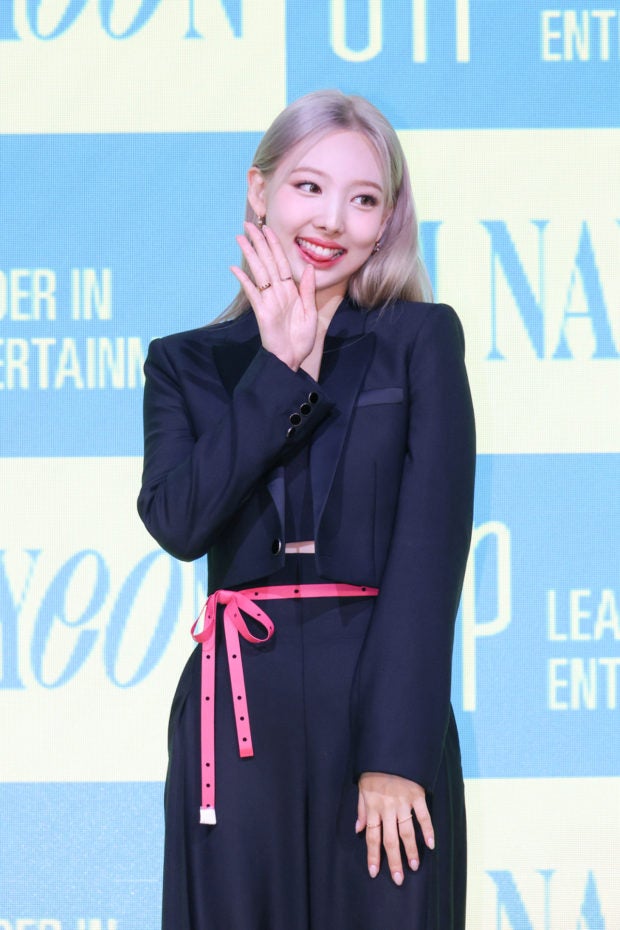 Nayeon of TWICE holds a press conference about her solo debut EP “Im Nayeon” in Seoul on Friday, June 24. Image: JYP Entertainment via The Korea Herald

Nayeon of K-pop band TWICE dropped her first solo album “Im Nayeon” on Friday, June 24, as the first member from the group to go solo.

Ahead of dropping the album at 1 p.m., Nayeon conducted a press conference in Seoul to discuss her first album.

“I have very mixed feelings right now. I’m kind of relieved as I’ve been preparing this for so long, but at the same time, I feel excited and very anxious,” Nayeon said, sporting platinum-blonde hair and in an elegant black pantsuit.

Seven years into her career as a K-pop artist, Nayeon seemed more nervous than ever standing in front of the cameras, bursting into giggles, her cheeks flushing now and then.

Nayeon is the first member to debut solo from TWICE since the act launched under JYP Entertainment in 2015. While it may seem comparatively late that TWICE bandmates are finally getting the solo spotlight, Nayeon said now seemed like the perfect moment for them to do so.

“I don’t think we’re late but actually, it’s really timely. We’ve achieved so much as a group and now we can have more fun through our solo projects and show a more diverse side of us through them,” the 26-year-old said.

The album’s title “Im Nayeon” has a double meaning–it’s the singer’s real name and also her confident proclamation of taking her first step as a solo musician. Nayeon packed the EP with seven tracks of diverse sounds and colors resembling different sides of her.

Fronting the album is “Pop!”, a refreshing bubblegum pop anthem that sings of a sweet, daring message that she will not hesitate to burst one’s bubble. The song involves some of the biggest names in music, including lyricist Lee Seuran, and songwriters Kenzie and LDN Noise.

“I felt the happiest when I read comments that talk about how our music makes people feel good. I hope I could share the same energy with ‘Pop!’,” Nayeon said.

Nayeon was credited as the solo lyricist for one of the B-side tracks, “All or Nothing,” which she said she wrote as the group traveled around the United States earlier this year for the act’s fourth concert tour.

“The lyrics were a challenge for me. It was not easy for me and still feels hard even now. But as it was my first album, I wanted to include a song with lyrics written by just me,” she said, adding the song talks about how she endured hard times based on her own experience and the thoughts of those around her. Her favorite line in the song, Nayeon said, is “If there could be a clear answer.”

Nayeon surprised fans ahead of the solo debut by announcing her collaboration with her labelmate Felix of boy group Stray Kids. Felix is featured on the B-side track “No Problem,” which Nayeon picked as her favorite among the six.

“The reason is pretty simple. ‘No Problem’ includes my musical style in many ways. Also, I personally like Felix’s voice, so it was also a great opportunity to have sung with him,” she said.

The album also includes “Love Countdown,” “Candyfloss,” “Happy Birthday to You” and “Sunset.” 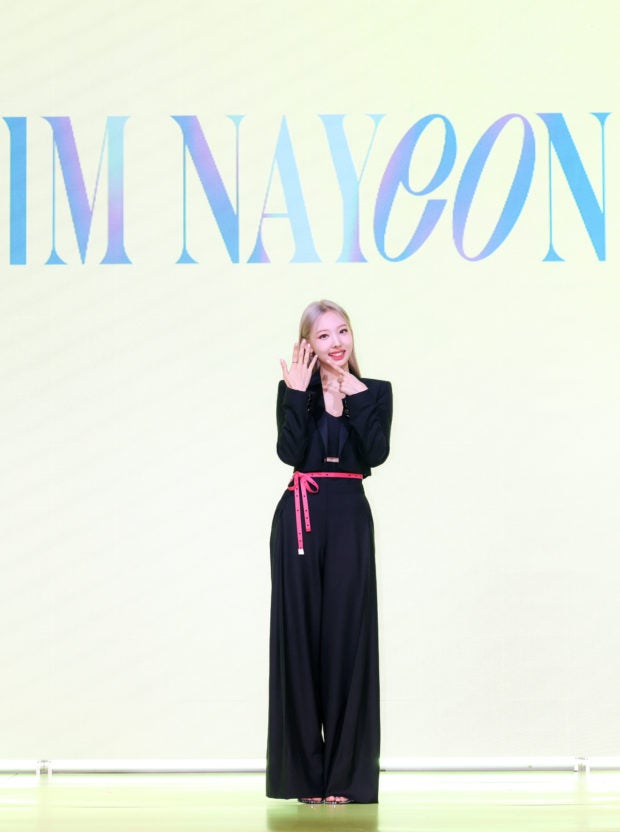 Nayeon of TWICE holds a press conference about her solo debut EP “Im Nayeon” in Seoul on Friday, June 24. Image: JYP Entertainment via The Korea Herald

TWICE members showed support from the very early stage of the album’s making, Nayeon said, bringing food and gifts to her music video shooting and giving advice on all the productions, from album jacket options to music videos and dance practices.

“It was really encouraging when the members advised me on parts that I found handling alone. There were many setbacks as I had to do what nine people had done alone. Making decisions was the most difficult part,” Nayeon said.

Filling the space of eight members was not easy at first, but Nayeon said she eventually got the hang of it. Looking back, the solo project was a chance for her to push her envelope further as a musician, Nayeon said.

“I felt that I had faced a certain limit after releasing all these albums, but this one helped me to overcome that thought,” she said, adding that she hopes her solo album not only helps the public see a new side to her but also  raises the anticipation for the upcoming solo albums from other TWICE members.

Being the first soloist from the nine-piece act, the band’s eldest and most experienced said she did feel the pressure at first, but eventually learned to not be so hard on herself and tried her best to just have fun.

“I used to fear singing a whole song alone, but recording the songs this time, I not only learned a lot about how I could sing better, but I was reminded of how much I had enjoyed the act of singing,” Nayeon said.