BTS Jin to debut solo with single 'The Astronaut' on Oct. 28 | Inquirer Entertainment 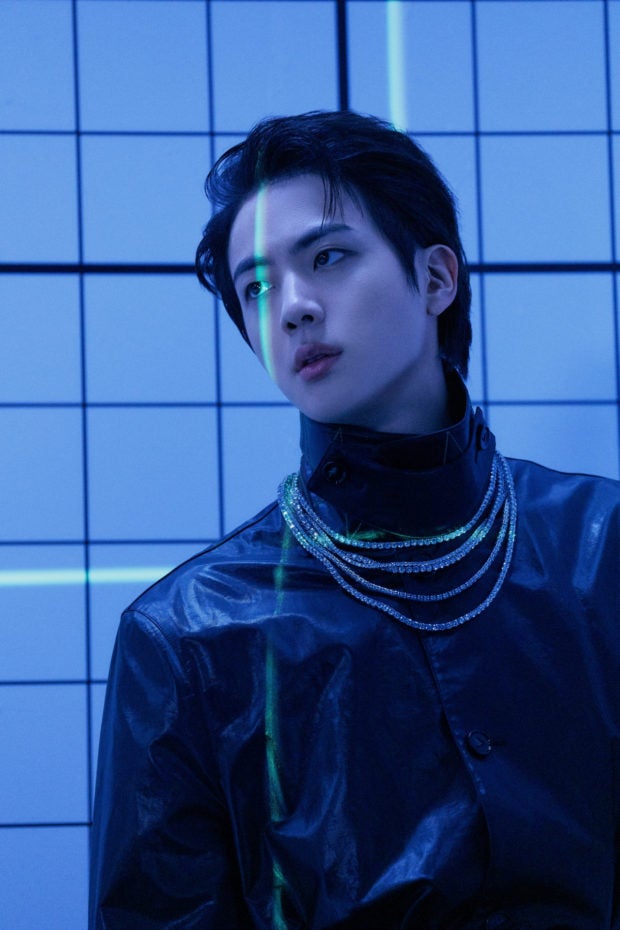 Jin of K-pop superband BTS is making his official solo debut with the single “The Astronaut” on Oct. 28.

The band’s agency Big Hit Music on Tuesday released a statement announcing Jin’s solo debut date and the title of his first single.

“Jin put his love for the Army in making ‘The Astronaut,’ and we anticipate it to be like a gift to the Army,” the agency said about the song in its statement. Army refers to the band’s global fanbase.

Ahead of releasing the statement, the company also posted on the band’s official social media the logo trailer video and promotion schedules of Jin’s upcoming single.

The 2-minute-35-second video starts off by showing an astronaut leaving a spaceship and floating peacefully through dark, celestial space, passing by the moon. The spaceman meets trouble as huge space rocks fly toward him. Veering through the chaos, the astronaut finally arrives at a mysterious source of light, gleaming brightly in purple.

The promotion schedule for Jin’s new single will start with the poster, which will be released at midnight on Thursday. Three sets of concept photos will be dropped from Monday to Wednesday, and the official music video teaser will be released on Oct. 27.

The music video and the song will be released at 1 p.m. on Oct. 28. An official lyrics video will also follow on Oct. 31.

The agency added Jin will be conducting various activities with the album release.

Jin, whose real name is Kim Seok-jin, debuted as a K-pop musician in June 2013 as one of the vocalist members of boy band BTS.

Touted a “silver voice” by fans and experts, Jin stands out even among the four outstanding singers of the band. In 2019, Grammy panelist Lim Hyung-Joo, who gave Jin the “silver voice” title, praised him for his ability to switch between different singing styles while demonstrating a natural and pleasing falsetto.

Although Jin’s official solo debut will be with “The Astronaut,” the 29-year-old has already had a yearslong solo music career.

Jin’s first attempt at putting out solo music was with “Awake,” which was included in BTS’ second full-length album “Wings” released in October 2016. Jin also took part as a composer and lyricist for “Awake.” The song reached No. 1 on the iTunes top song chart in 50 countries with its release.

“Epiphany” from the band’s “Love Yourself: Answer” may be the song that introduced Jin to many new fans around the world. Upon its release in August 2018 with the album, “Epiphany” landed atop the iTunes chart in 62 countries. A year later, the song created buzz online when it topped the iTunes top songs chart in Saudi Arabia following BTS’ sensational stadium concert there in October.

Jin proved himself a versatile musician through his songwriting contributions. His first self-written song was “Tonight,” unveiled for free via SoundCloud in June 2019.

He went on to set new records in 2020 with “Moon,” a B-side track of the act’s fourth LP “Map of the Soul: 7.” The pop-rock score topped the iTunes top song chart in 110 countries, and stayed inside Melon’s Top 100 chart for 233 days, the longest period tallied by any BTS solo song. The song was selected fifth among Rolling Stone’s top 75 boy band songs. During the pandemic, he also consoled many fans with “Abyss,” dropped in December 2020 through which he opens up about his vulnerable and depressive state of mind.

While his silver voice is a gem, it was Jin’s goofy side that caught many people’s attentions. Jin dropped a song he wrote called “Super Tuna” on Dec. 4, 2021, in celebration of his birthday. Contrary to expectations that the song would only be a fun gift for his fans, it went viral online, ranking No. 1 on YouTube’s trending worldwide songs chart for 16 straight days and breaking the record set by Psy’s mega-hit “Gangnam Style.”

The latest release from Jin was his first solo drama original soundtrack “Yours” from tvN’s “Jirisan,” released in December 2021.

Meanwhile, Jin is the second member from BTS to officially debut solo. In July, the band’s rapper-dancer J-Hope had dropped his first EP “Jack in the Box.”

Since June, BTS bandmates have been away from group activities to focus on their solo careers. Marking its ninth anniversary, the group said it was wrapping up its first chapter and would start its second chapter that will center around the act’s individual careers.

As the eldest member of the group, Jin is set to be the first from the septet to start his mandatory military service within this year. Big Hit Music on Monday announced Jin will withdraw his request to postpone his duty at the end of this month and will follow the Military Manpower Administration’s enlistment procedures.  /ra