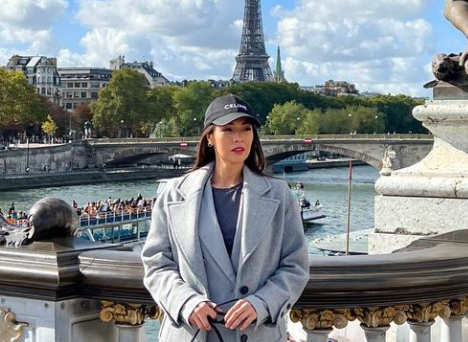 Aubrey Miles gave an account of how her Paris trip with her husband Troy Montero has been going so far, and revealed that she lost her newly purchased luxury bag to pickpockets while touring the French capital.

The actress spoke about her experience while showing the tourist spots they visited, through her Instagram page last Saturday, Oct. 8.

(Even when you get robbed by pickpockets in Paris, the trip must go on. I thought you (pickpockets) were all badass in movies, but you are just a nuisance in real life.)

Miles then disclosed which item was taken from her after one @sam_miller75 asked if the actress fell victim to such, via the comments section. 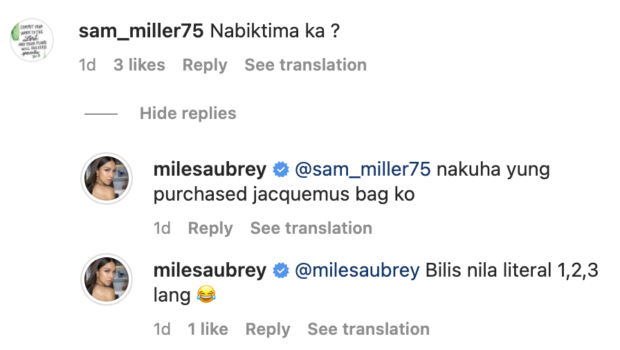 Miles then treated fans to behind-the-scenes moments from her photoshoot in the city which she “dedicated to all the pickpockets in Paris,” as per a separate post.

“Dahil nakaka-trauma kayo para sa mga baguhang tourista ([It is] traumatic for newcomers [but] you can’t bring us down,” Miles stated.

Miles and Montero are currently touring Europe for their honeymoon, months after they tied the knot in an intimate civil ceremony in June. The couple has two kids together, Hunter and Rocket. The actress also has another son, Maurie, whom she had with former actor JP Obligacion. EDV