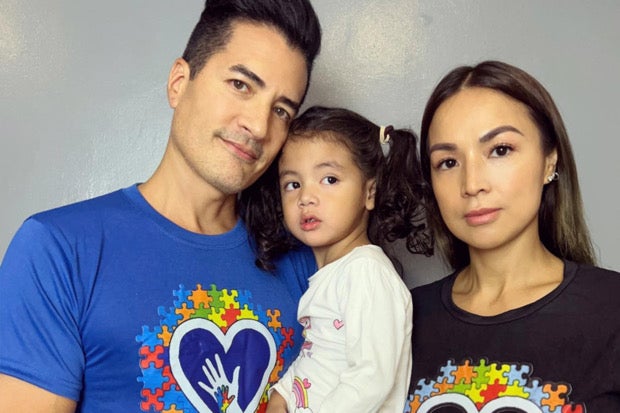 Aubrey Miles and Troy Montero called for awareness on Autism Spectrum Disorder (ASD), revealing that their youngest daughter Rocket had been diagnosed with the said condition.

Through their respective Instagram pages yesterday, April 26, the couple spoke about how they decided not to immediately share their daughter’s condition to the public as they were still educating themselves about ASD.

“Autism awareness for Rocket. Yes, our Rocket has ASD, Autism spectrum disorder,” they said. “At first we were confused, and questioned ourselves, how and why. We searched around [for] an ASD specialist before anything else.”

Miles and Montero gave an account of the symptoms Rocket has been experiencing, which include delayed speech, difficulty in communicating, repetitive movements and flapping hands to address emotions. The couple then pointed out that autism can be different for every person.

“Some people might think someone with autism acts crazy, has mental problems, physical issues and other stuff. Yes, it’s mental but not a problem, yes can be physical but it’s not an issue and definitely not crazy,” they stated.

The couple also encouraged other parents who are in the same situation to educate themselves, seek help from professionals and find support groups with which they can share their experiences.

“It’s possible for first time parents to think it’s the worst thing that can happen to their baby. It’s surely can be scary and who knows what the future holds but definitely not the worst,” they said. “We’re still in the process of learning. It’s going to be a long ride.”

Miles and Montero then shared that Rocket is undergoing speech therapy and occupational therapy for her condition.

“With proper management [and] treatment it will get easier for Rocket. She is lucky because she has parents like you guys. I know she will be alright,” Padilla said. 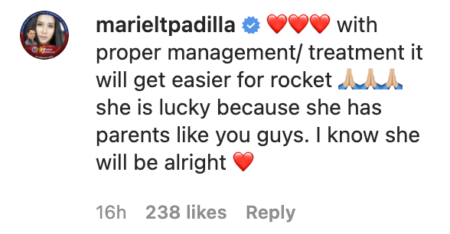 “Hugs to you guys! She is an Angel and she is perfect no matter what,” Belo commented.

Miles and Montero, who recently got engaged after 18 years of being a couple, have two children together, namely Hunter and Rocket. Miles’ son with former actor JP Obligacion, Maurie, also lives with them.  /ra