LOOK: Ben&Ben teases new song out on May 1 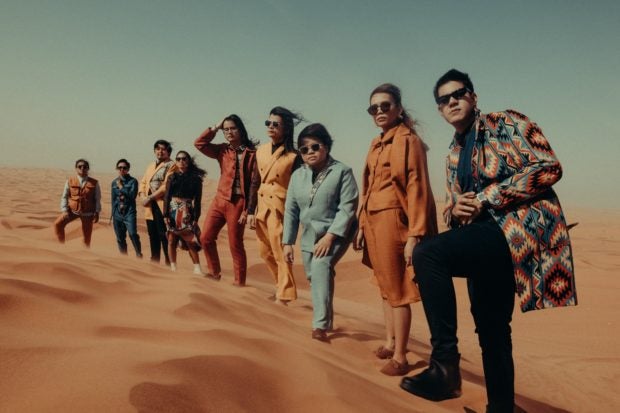 Ben&Ben will be treating its fans to new music soon as it revealed that it will be releasing a new song this coming Sunday, May 1.

The folk pop band teased its upcoming song via art by one Isobel Funk on its Twitter page yesterday, April 26. The art did not state the title of the track and only featured two hands holding on to the same handrail in what appears to be a train.

“Teaser 1. New Ben&Ben song out May 1,” the band stated. “Tungkol sa’n kaya ang kantang ito vebs (What could this song be about, friend)?”

The release of the new song comes almost two months since the band held its first live performance in two years, at the Expo 2020 Dubai. They held their first major concert, “Kuwaderno,” virtually in December last year.

Some of Ben&Ben’s recent releases include “Mag-Ingat,” which they made with Google, and “Kayumanggi,” their collaboration with National Geographic. They are also known for their hits such as “Leaves,” “Sa Susunod na Habang Buhay” and “Araw-Araw.”  /ra