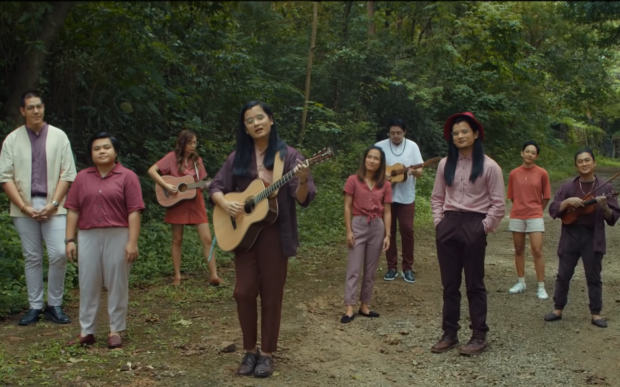 Ben&Ben in the official music video for “Kayumanggi” (Image: screengrab from YouTube/Ben&Ben)

Ben&Ben has collaborated with National Geographic for the official music video of their song “Kayumanggi,” a track that celebrates Filipino skin color.

The music video features residents from the coastal communities of Bangar, San Juan and Bauang in La Union, as well as scenic views of the province, as seen on Ben&Ben’s YouTube channel yesterday, Nov. 30.

Ben&Ben showed children swimming, men fishing and the elderly weaving in their homes, among other activities. The band also serenaded Filipino fans in the video as they urged them to be proud of their skin color.

Aside from National Geographic, Ben&Ben also worked with the coastal-based arts organization Emerging Islands for the “Kayumanggi” music video.

“The official [music video] for ‘Kayumanggi’ is out now! Made with the beautiful people in the coastal communities in La Union. These are their stories,” Ben&Ben stated on its Facebook page, also yesterday.

“Kayumanggi” is one of the songs in Ben&Ben’s recently released sophomore album “Pebble House Volume 1: Kuwaderno.”

The band is also preparing for its first major digital concert “Kuwaderno” on Dec. 5. Prior to announcing the concert, the group held benefit shows amid the ongoing pandemic.