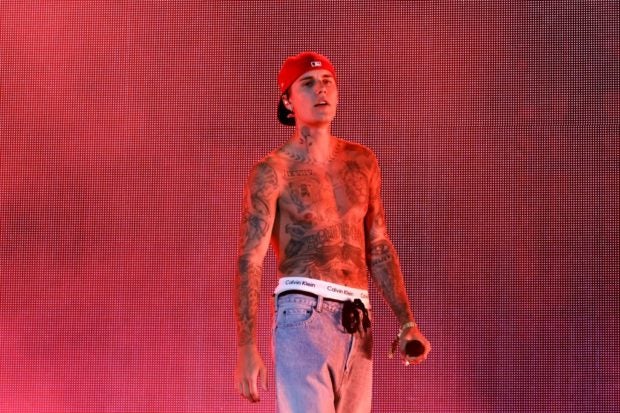 Justin Bieber performs with Daniel Caesar onstage at the Coachella Stage during the 2022 Coachella Valley Music And Arts Festival on April 15, 2022, in Indio, California. Image: Getty Images/Kevin Winter via AFP

Justin Bieber has postponed the remaining dates of his “Justice World Tour,” including his show in Manila which was supposed to take place later this month.

The concert dates up to and including March 25, 2023, will be postponed to next year, event organizer Ovation Productions announced via its Twitter page today, Oct. 7.

“With today’s announcement, these remaining dates are officially postponed. The new dates will be subject to venue and date availability,” it stated.

Fans who are holding tickets for the tour may await the new dates and concert venues as updates become available, and their existing tickets will be honored on the rescheduled shows.

“Your tickets are still valid for the new date and no further action is required. The seat plan stays the same, your tickets will still [be] in the same location inside the performance area,” it assured fans.

Meanwhile, those who will not be able to come to the new concert dates may request for a refund, though details on how to start with this process are yet to be announced.

The “Justice World Tour” was originally slated to take place in 2020 before it was postponed due to the COVID-19 pandemic. It then started in San Diego, California, in February and made several stops in 10 countries.

The concert tour then got postponed in June when Bieber revealed he was diagnosed with Ramsay Hunt Syndrome, which caused partial facial paralysis, but it was resumed in July.

Bieber then stated last Sept. 6 that he would take a break from touring to prioritize his health, followed by another announcement on the cancellation of 12 tour dates until Oct. 18.  /ra