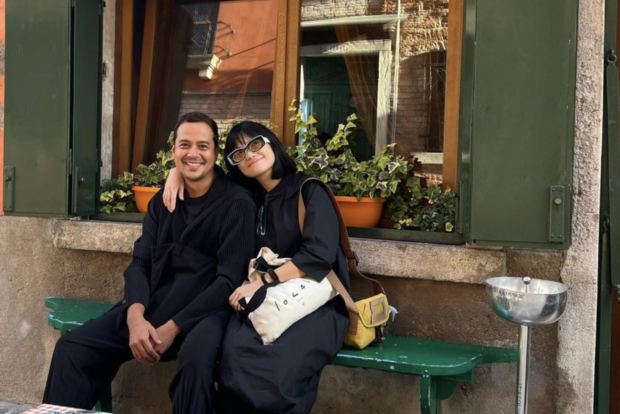 John Lloyd Cruz is featured in the “favorite picture” of his rumored girlfriend Isabel Santos, which earned “five stars” and “10 yums” from the artist.

Santos gave a glimpse of the actor doing a wacky pose on what appears to be a boat setting sail at sea, via her Instagram page yesterday, Oct. 6.

“My favorite picture — the composition, the view, the lighting! and the subject. 5 stars! 10 yums!” she said, along with a heart and monkey emoji.

Santos and Cruz were also together at a restaurant, where she put her hand on his shoulder and leaned on him, as shown on her Instagram post, also yesterday.

Rumors that Cruz and Santos are dating started in late 2021, when Santos posted a house that fans speculated to be the actor’s. She also showed photos of a man who appeared to be Cruz at a beach.

Neither Cruz nor Santos has confirmed or denied dating rumors involving them. However, they celebrated the actor’s birthday last June together with his son, Elias, whom Cruz co-parents with his ex-girlfriend, actress Ellen Adarna. They also flew together to London late last month to watch the Laver Cup tennis tournament.  /ra