Sharon Cuneta ‘turned away’ at Hermes boutique in Seoul, welcomed by LV 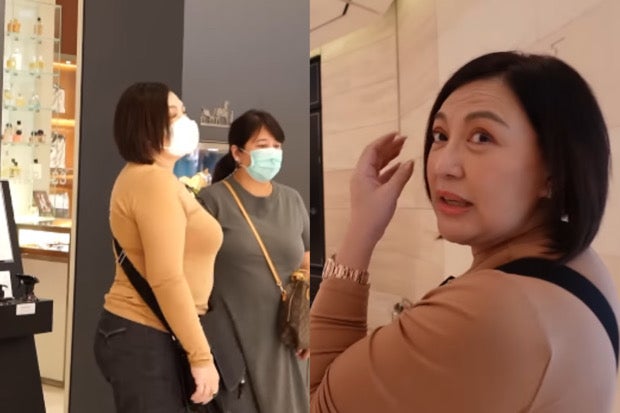 MANILA, Philippines – “Megastar” Sharon Cuneta shared that she was “turned away” by a salesman of the luxury brand Hermes during her recent trip to Seoul, South Korea.

Sharon said that a salesman at the entrance apparently stopped the actress from entering the store, as seen in a vlog on Cuneta’s YouTube channel last Friday, Sept. 30.

“Turned away at the Hermes store,” the caption read.

Sharon opted to shop at a nearby boutique of another luxury brand, Louis Vuitton, where she bought several items and was even given champagne and flowers.

“Nagpunta ako rito para lang bumili ng sinturon sa Hermes [pero] ayaw ako papasukin,” the actress said. (I went here to buy a belt from Hermes but they did not let me enter [the store].)

After shopping, Sharon and her companions passed by the Hermes store again where the salesman appears to have invited the actress to enter the boutique.

The seasoned actress shook her head and told him: “No more, I buy everything” while pointing at her shopping bags.

Sharon then included in the video a scene from the 1990 film “Pretty Woman,” where Julia Roberts’ character returned to a store to show her shopping bags to a saleswoman who said their items are “too expensive” for Roberts.

Cuneta was with her husband,  Francis “Kiko” Pangilinan and their kids Frankie, Miel and Miguel during the trip.

The said trip seems to have taken place in August when the family went to Korea to celebrate Kiko’s birthday.