Piolo: I’d be more than proud to be called ‘the father of Iñigo Pascual’ | Inquirer Entertainment

Piolo: I’d be more than proud to be called ‘the father of Iñigo Pascual’ 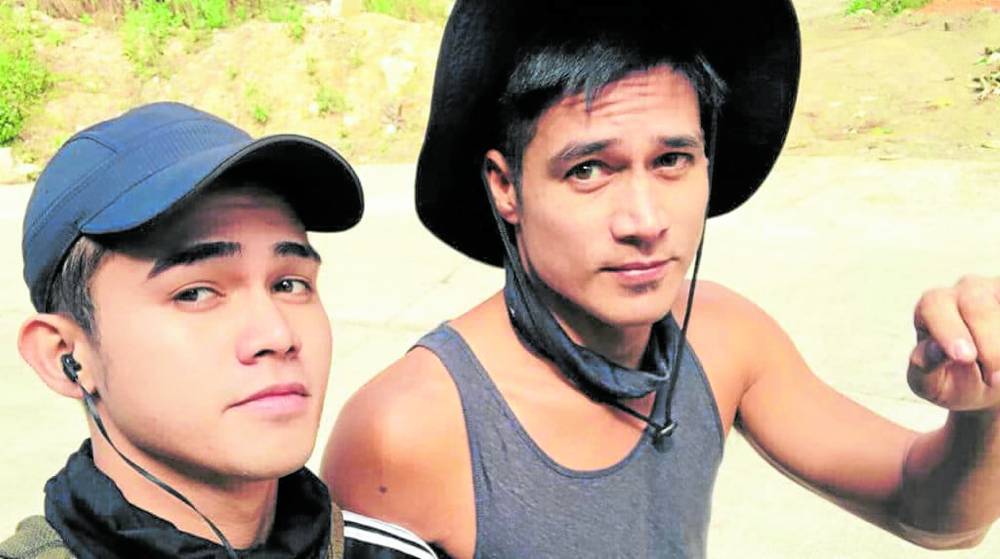 He is earning in dollars now. How can you beat that?” said actor Piolo Pascual of the fact that his 25-year-old son, Iñigo, is already earning his keep as a singer-actor whose TV series, “Monarch,” is airing on primetime television in the United States.

Piolo said Iñigo—who is currently based in Atlanta, Georgia, where the series was shot in 2021—called him up one time to discuss the possibility of him playing the father of Ace, the latter’s character in the series. Ace is the grandson of lead character Dottie (Susan Sarandon). He is adopted from the Philippines.

“I just told him that we’ll cross the bridge when we get there. There is no word yet if there will be a Season 2. I should say that acting in Hollywood is already a different ball game. These days, I couldn’t help but smile whenever I would read articles about him and the show, and whenever my relatives in the US would send me snippets of the program. We’re all so proud of the fact that he is part of a primetime show there,” Piolo told reporters in a recent media gathering.

“I told Iñigo that even if we’ve prayed for this to happen, it’s still hard to imagine that it’s already happening. My only hope for him is that he continues to grow as an artist. He is only 25 but has already done so much. I hope he doesn’t get complacent. I hope he will always feel challenged to be the best in his field because there are other talented artists out there,” the proud dad said.

On the comment that he and Iñigo are both successful in show business but in different fields, Piolo said: “It’s actually a relief. Iñigo will always be compared to me. I’m glad that he’s already out of my shadows. At least, people will no longer refer to him as my son, or say that he is in show biz because of me. He has his own name and is earning on his own.”

Piolo continued: “I’d be more than proud to be called ‘the father of Iñigo Pascual.’ I actually got a text message asking me how it feels that my surname, Pascual, is already part of the credits of a major Hollywood show. That is already a blessing. Iñigo has really gone a long way.”

Piolo said that he has always regarded Iñigo as the “better version” of himself. “He has always been the better performer onstage. He’s cut out for it. He is a good singer and dancer. He is still young and has a lot to accomplish. When I was 25, I still had no clue of what I was doing. At this point, I’m seeing that he is able to do what he does best, he is already making a mark in the industry.”

Piolo said Iñigo used to “teach me stuff, like how to do the second voice or the latest dance steps, but I would always say, ‘Ikaw na ‘yan. Kaya mo na ‘yan!’” He also admitted to being overprotective of his Iñigo when his son was younger. “Things changed when he turned 18. I had to let him go. I was brought up that way, too. When I turned 18, I was forced to be independent, to stand on my own two feet. He’s 25 now. Kaya na n’ya ‘yan!”

The media gathering was organized to coincide with the renewal of Piolo’s contract as a brand ambassador of Beautéderm Corporation.

It was also during the media event that Piolo was asked about his personal plans for the future. While he talked lengthily of his concerts abroad, as well as TV and movie projects that are lined up for him in the coming months, there was none about his plan to settle down with a significant other. “Of course, I get affected [when I see my friends bonding with their respective families]. I’m only human. I can’t do anything about that right now, mas mahal ko ang mga halaman ko,” he said, laughing.

Piolo readily recalled his journey to being a certified “plantito.” He said: “I started not knowing a single thing about plants. I would personally buy and transport them from provinces, like Laguna, Batangas and Bulacan. Last year, they were all wiped out when my farm [in Mabini, Batangas] was hit by a typhoon.”

He continued: “Since then, I’ve been careful. My makeup artist, Dondon, has been helping me. He is the one buying new plants in different gardens because they get overpriced if I’m the one buying. As months go by, I’ve learned to care for them, to group them together according to whether they’re indoor or outdoor plants. I go for everything, not just ornamentals, because I live in the province and I have enough space. I also have fruit-bearing trees, as well as a nursery for vegetables.”

Piolo began planting in 2020, or at the start of the COVID-19 pandemic lockdowns, because it was then that he had more free time. “I feel planting is my endgame,” he said, laughing. “I don’t sell them. I give them away. This year, my mom got 50 fortune tree pots to give away as gifts.”