The Script trio on PH show audience: This is the loudest crowd we have had | Inquirer Entertainment

The Script trio on PH show audience: This is the loudest crowd we have had 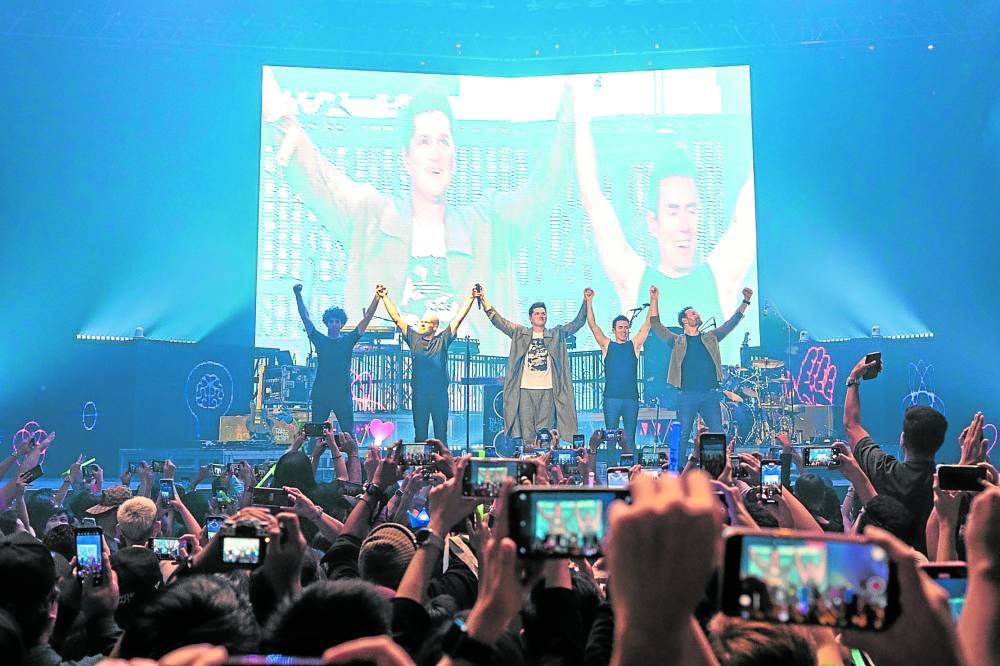 For The Script band members, the stage is wherever they see fit.

Like their previous four shows in the Philippines, the recent Manila stop of the Irish pop-rock band’s “Greatest Hits” tour had lead vocalist Danny O’Donoghue, guitarist Mark Sheehan and drummer Glen Power covering as much ground as they could at the Mall of Asia Arena—all the better to feel the love and excitement of the fans who have long yearned for their return.

In “Paint the Town Green,” a rabble-rousing track influenced by traditional Irish melodies, Danny danced and hopped around the stage before making his way to the crowd. A green haze enveloped the venue. And under a rain of confetti, Danny pounded on the percussion while light stick-toting fans around him cheered him on.

“We have been to America, the United Kingdom. And we just came back from Australia… But this is the loudest crowd we have had without a shadow of a doubt,” Danny said. “The fact that you brought your own lights is unbelievable, too.”

As its title suggests, the concert—mounted by Wilbros Live and Midas Promotions—revolved around the well-loved songs that made The Script an enduring presence in the live circuit. The band had everyone jumping and singing along to “Superheroes,” “We Cry” and “Before the Worst” — songs that reflect its signature sound: semi-rapped verses and catchy choruses drenched in a cocktail of pop-rock, hip-hop and R&B.

But while the concert was fueled by soaring, stadium-ready anthems, the trio was just as engaging in the quieter, more intimate moments.

In “If You Could See Me Now,” the band trudged past fans squeezed into the stands on the right side of the stage, prompting a frantic exodus from the other side. “Can we do some songs here?” Danny asked the audience before playing an acoustic version of the poignant midtempo, which he dedicated to his late parents.

“They’re not here, so let’s make sure they hear this in heaven,” he said, urging the fans to sing along. “I still look for your face in the crowd / Oh, if you could see me now.”

In “Nothing”—a song about a devastated man drunk-calling her ex-girlfriend—Danny pulled an old gimmick out of his sleeve: “Is there anyone here in Manila who’s crazy enough to give me their phone?” the singer implored. A young woman stepped up and handed him her phone. Danny dialed her ex-boyfriend’s number. He hung up. Danny gave it another try. “This is Danny of The Script,” he said. “Stay on the line.” No luck. If it’s any consolation, though, that’s exactly or less how things end up in the song: “I’m still in love but all I heard was nothing.”

As expected, it was the maudlin songs of desperation and heartbreak that elicited the most impassioned sing-along sessions, like “Breakeven.” And in “The Man Who Can’t Be Moved”— the song that put the band on the map in 2008—Danny sat onstage and reminisced about their last concert in Manila in 2018. “The last time we sang this song together, it was a magical moment,” he said. “I want to replicate that moment.” 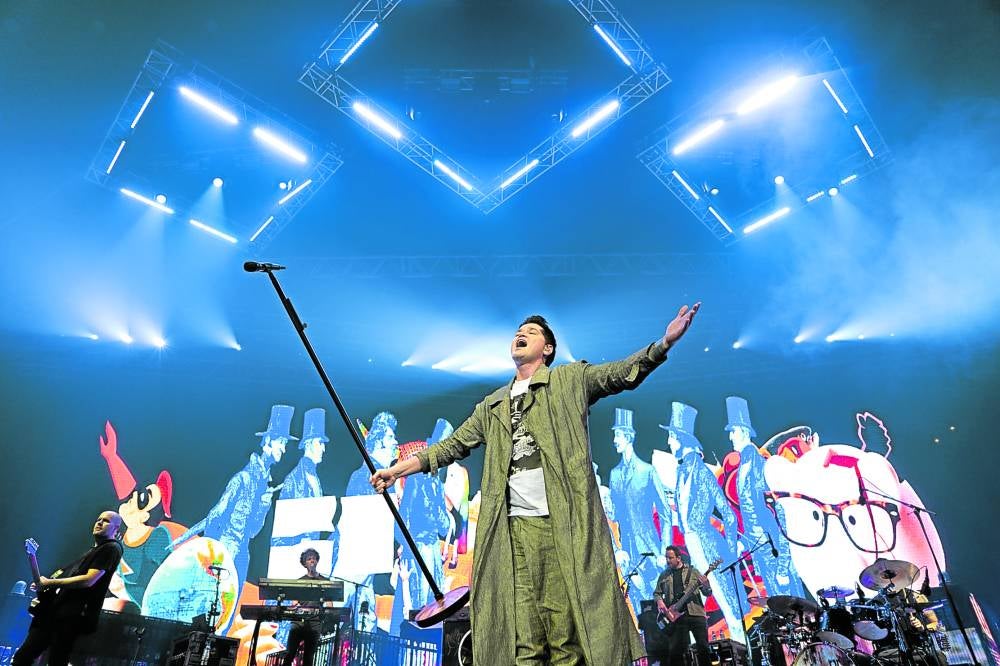 Any one who has been to any, or all of, The Script’s previous shows, would know that this recent one had more or less the same structure and tried-and-tested elements. But with the pandemic putting the live music scene to a standstill for almost two years, perhaps this is what the fans needed: a sense of familiarity and reconnection.

“Music has gotten me through the hardest times. You guys are the stars of the show,” Danny said, before ending the night with “Hall of Fame,” which is dedicated to those in need of a little bit of strength. “We all feel the same feelings. It’s very rare when a band and the audience just become one as the same energy. “Every single one of these lights (people) is there for you.”