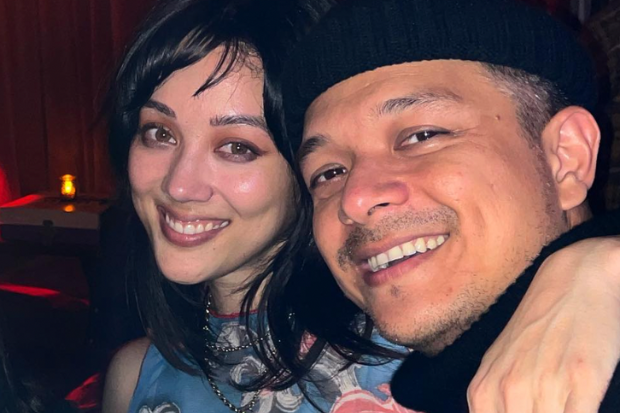 Jericho Rosales and his wife, stylist and fashion influencer Kim Jones, shut down rumors that their relationship is on the rocks as they exchanged messages for each other on the actor’s birthday.

Jones gave fans a peek at Rosales in his “natural habitat,” swimming and enjoying a beach in La Union, as she greeted him on his birthday via her Instagram post today, Sept. 22.

“Birthday boy in his natural habitat. This year is yours [Jericho]!” Jones greeted Rosales.

Rosales then replied to Jones by sending her a crown and heart emoji.

Rosales was earlier asked about speculations that he and Jones split during a brand event earlier this week. He reportedly brushed off the rumors with a laugh.

Meanwhile, the actor is currently gearing up for his concert tour in the United States and Canada with fellow actor Piolo Pascual. He is also set to star in the international action series “Sellblock,” which is produced by ABS-CBN and Manila-based BlackOps Studios Asia.

Rosales and Jones wed in Boracay back in May 2014. They first met in 2011 and got engaged in August 2013, after two years together. They then moved to New York earlier this year, and the actor has since taken acting workshops in the city.  /ra

Piolo Pascual, Jericho Rosales to headline US and Canada concert tour in November

Read Next
Bb. Pilipinas Globe Chelsea Fernandez: ‘Back-to-back is hard but not impossible’
EDITORS' PICK
UNFPA Philippines Career Opportunities
Sierra Madre stands up to Karding, but needs protection vs the humans it saves
Karding damage to infrastructure at P23M
Bongbong Marcos says PH ‘open for business’ with new Clark Airport terminal
Reignite your passion with the vivo Y35
House energy committee chair Arroyo bats for cheap electricity
MOST READ
Badoy not with Office of the President, NTF-Elcac, under Marcos admin — solon
Angelica Panganiban ‘duguan, sugatang mom’ one week into breastfeeding
LPA enters PAR, may develop into tropical depression
Kris Aquino offers help for Lolit Solis’ dialysis needs amid her own illnesses
Don't miss out on the latest news and information.