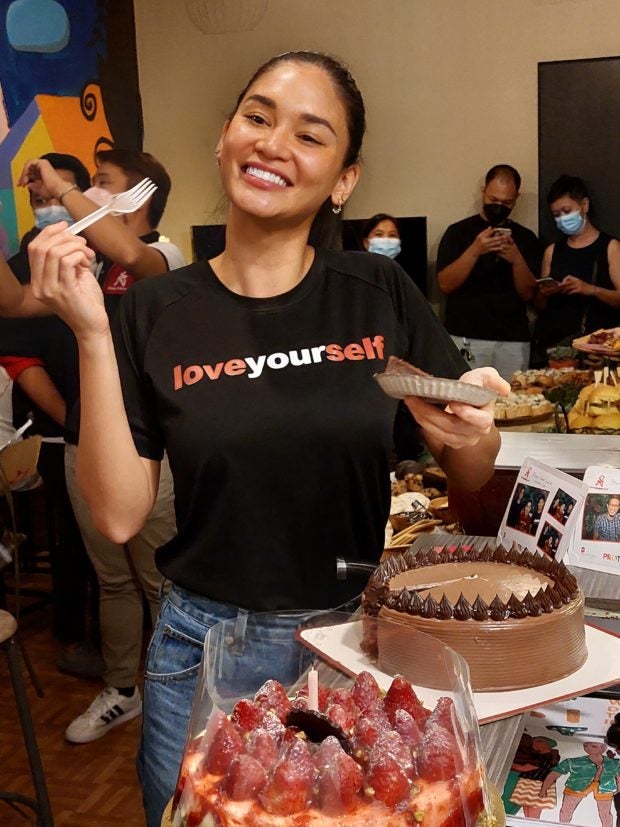 Pia Wurtzbach enjoys a slice of the first of her several birthday cakes at the launch of LoveYourself Uni in Pasay City. Image: Philippine Daily Inquirer/Armin P. Adina

Even before winning her international title, the beauty queen, actress and model has been an active supporter of the group’s work on HIV-AIDS education, prevention and treatment across the country. The team greeted her with a feast and showered her with well wishes when she arrived at the new LoveYourself Uni at the second floor of Centro Buendia Bldg. on Gil Puyat Ave. in Pasay City on Sept. 21, three days before her actual birthday.

Wurtzbach led the hub’s ribbon-cutting, together with representatives from USAID (United States Agency for International Development) and LoveYourself officials. Uni is open from Friday to Tuesday, from 12 noon until 7 p.m., to offer free HIV testing, counseling and HIV-AIDS medication.

To mark the opening of its new location, and to celebrate the birthday of its most important celebrity advocate, LoveYourself prepared a spread of charcuterie staples, sliders and even a whole lechon (roasted whole pig). Wurtzbach also received several birthday cakes that she shared with the volunteers and guests. 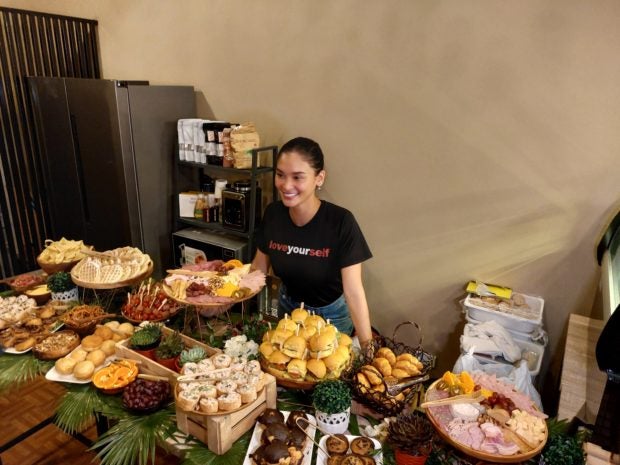 “It’s my birthday on Saturday, and I really asked to be with you, my LoveYourself family. Thank you for allowing me to share my blessings with you. You’re like family to me. And this is a really refreshing way to celebrate my birthday also,” Wurtzbach said.

She said the day has been productive for her, as she just came from the National Center for Mental Health and the San Lazaro Hospital in Manila before heading to Uni, which she said “reflects the spirit of LoveYourself.”

Wurtzbach added, “The volunteers are the heart and soul [of Love Yourself] so it’s only fitting that that Uni is bursting with color, and really beautiful. It really reflects the spirit of the LGBTQ (lesbian, gay bisexual, transgender, and queer) community. So I’m really thankful for this.”

The beauty queen and advocate cited the importance of keeping connections with people she has come across with before she became Miss Universe, including members of local media who covered her Binibining Pilipinas journey (she joined the pageant for three consecutive years before winning a crown), to sustain the HIV-AIDS advocacy.

“As ambassadors, people of influence, we have to share ourselves, to show up with the communities that we rallied behind. And by doing so, we have to show that we care by immersing ourselves, in being there for them, especially in the most difficult times,” Wurtzbach explained. 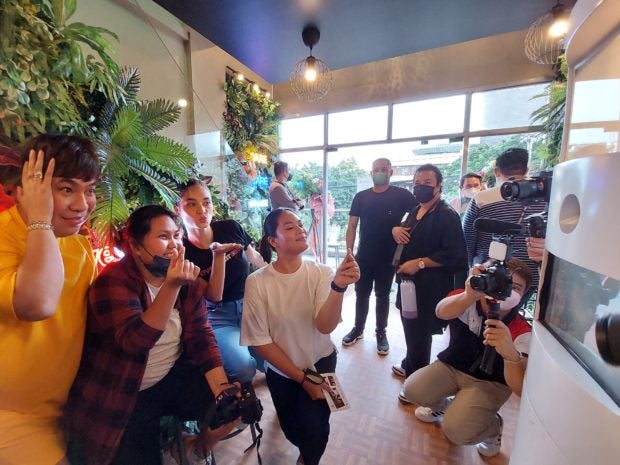 Pia Wurtzbach (third from L) hams it up in front of the photo booth with her LoveYourself family. Image: Philippine Daily Inquirer/Armin P. Adina

LoveYourself revealed that since Wurtzbach got involved in the organization during its early stages, she has been very generous with her time, and lending her voice for different programs. With the beauty queen shuttling to different parts of the world for work, she is barely in the Philippines. But whenever she comes home, she gets in touch with the team to collaborate on whatever she can contribute.

The team said Wurtzbach would devote days with LoveYourself to develop materials scheduled for release throughout the year.

“By caring, we mean sharing ourselves, our time, our resources, our energy to help thrust forward our shared advocacy, and to be able to bridge promotions to programs and policies for the community,” she said.

Wurtzbach also called on funding for the organization, and expressed her gratitude to agencies who are already supporting LoveYourself. JB