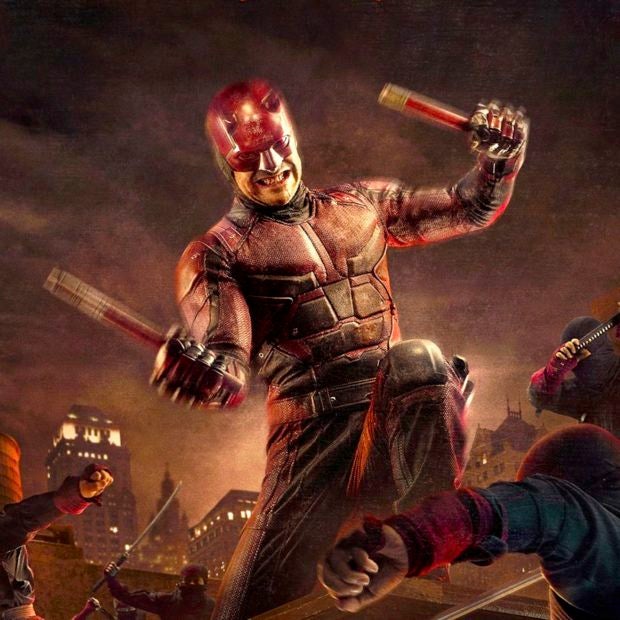 Daredevil was the first superhero in Marvel Comics to occasionally break the law to do what’s right. The willingness of Daredevil to fight against injustice is one of the defining characteristics of the character. Even though he wasn’t as violent as a Dark Knight or an anti-hero, he was aware of the circumstances in which it was necessary to break the rules to defeat an arch-enemy or help an innocent person whom a supervillain had gravely injured.

As a matter of fact, of all the previous streaming shows in the MCU during those years, Daredevil was the one that had a closer historical connection to the Marvel Comics that we all remember reading as children. The fictional comic book is based on Matt Murdock as the blind superhero who uses his secret identity in Daredevil.

I still remember that whenever I went to any local comic book store, the pictures, artwork and character design of Daredevil immediately caught my attention. This memory is something that I can still recall as if it was only yesterday. Something about this has remained in my mind for a considerable time. This experience was the case regardless of the comic book store I went to buy issues. However, I cannot doubt the mystery of not knowing what Daredevil was. It would lead me to purchase comics from his Marvel Comics when I was a young boy. I was too young to understand him fully.

When I think about the character, I can’t help but picture Daredevil engaging in bloody battles with his most dangerous arch-enemy, the psychopath Bullseye. These images from the comic book panels keep repeatedly playing in my head. Then there were his battles against the criminal mastermind Kingpin, and how could I forget about his former adversary, Elektra, who would later become his lover? Those things happened during his original run in Marvel Comics before everything was a retcon, reset and revision for Daredevil when “the woke mob” took control over nearly everything in Marvel Comics and butchered/destroyed our most beloved Marvel Comics characters. Now, thankfully, things are slowly getting back to normal, and Marvel Comics feels a bit like the way it was when the late, great Stan Lee was still around before the Marvel Cinematic Universe (MCU) started.

Even though the comic book industry has changed significantly in the last 12 to 15 years, these three names (Bullseye, Kingpin and Elektra) will always be associated with Daredevil’s long history. These three names will always have importance to Daredevil it is because, in different ways, they are all to blame for Daredevil becoming the superhero he is today!

Imagine you compiled a list of all the most well-known superheroes from the MCU. In that scenario, the name Daredevil will not be among the top five choices of any modern-day fan of the MCU simply because he does not resemble what a typical superhero appears to look like now. To the people of my generation, which includes myself, I can say that Daredevil was always excellent and had a different look to his costume. Nonetheless, most others may now regard him as unremarkable, if not generic. That is the last place where the error in labeling occurs, because if you believe what I say, Daredevil is one superhero who is not new to beating the odds and exceeding people’s expectations.

Most anti-heroes now carry out their missions using strategies similar to those of Daredevil. In a nutshell, Daredevil was a realist who knew that being a superhero came with responsibilities and limitations. Even so, he knew that sometimes he had to break the rules to ensure that the supervillains’ victims got the justice they deserved.

Why so? The supervillains that Daredevil faced were not of the goofy, campy and cheeseball variety. It forced Daredevil to contend with some of Marvel Comics’ most depraved, disturbed and evil supervillains. Because of this, he had no choice but to evolve into the fearless crime fighter he is now. A superhero who operates in a socially acceptable but morally ambiguous space, existing somewhere between the light and the darkness, is what Daredevil is. That is precisely how I would describe the persona of Daredevil.

I hope that whoever reads this will make it a top priority to watch “Daredevil: Born Again” as soon as it is available.