Marvel’s ‘Hawkeye’: An old friend and a breath of fresh air | Inquirer Entertainment 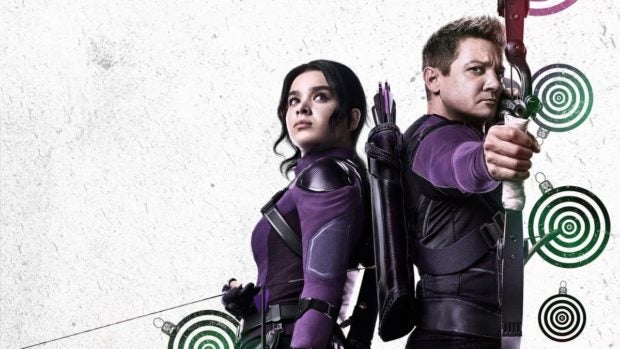 Before I jumped into “Hawkeye,” I admit that I wasn’t really expecting much – only that this will have a huge effect on the Marvel Cinematic Universe (MCU) as a whole, given that it introduces Hailee Steinfeld’s newest hero, Kate Bishop. While I wasn’t too stoked for “Hawkeye,” I still went in expecting to get a decent miniseries, as I hold the previous Disney Plus MCU shows in high regard.

By the end of last December, however, I was pleasantly surprised by how much I enjoyed a series that featured my least favorite Avenger (sorry Hawkeye and Jeremy Renner fans). In true Marvel fashion, the show made me care and invest in a character I would have otherwise dismissed as uninteresting, while also introducing me to Steinfeld’s amazing performance as the MCU’s newest archer.

“Hawkeye,” which premiered on Nov. 24, follows the story of Renner’s avenging archer Clint Barton around a year after the events of “Avengers: Endgame.” It is currently the latest MCU series on Disney’s platform and is also the latest entry in the MCU timeline, as director Rhys Thomas previously clarified on Twitter that it is set in 2024.

Being the largest cinematic franchise ever with 27 films and a few series, the MCU is in a unique position to pull out tons of easter eggs and references from previous works and insert them in new projects. The challenge lies, however, on how and where they inject these to make for more effective storytelling, and not just to invoke nostalgia for nostalgia’s sake.

On that note, I believe “Hawkeye” has one of the best callbacks in the MCU to date, and it happens in the first episode: the moment a young Kate Bishop sees Hawkeye fighting aliens on top of a building using his trusty bow (and trick arrows).

The goosebumps-inducing scene is both a great nod to 2012’s “The Avengers” – the first “big crossover event” of the MCU – and an effective way of painting us a picture of just how much Hawkeye means to Kate Bishop, who would later spend the rest of the series fighting side-by-side her idol.

While Kate Bishop and Clint Barton have always been Marvel’s arrow buddies, I didn’t really expect Renner and Steinfeld to have great chemistry. Fortunately, I was proven wrong. Steinfeld’s young and overconfident Kate Bishop was the perfect “student” to the semi-retired Hawkeye, who wanted nothing more than to celebrate the holidays with his family.

The two may have spent most of the time disagreeing, but the series was able to inject some wholesome and heartwarming moments fans needed to see from Marvel’s two Hawkeyes. Moreover, I’d say the show even did a good job of showing the heart behind Alaqua Cox’s Echo, who turned out to have been seeking revenge against Clint Barton’s murderous alter ego Ronin.

While it didn’t really take itself too seriously, “Hawkeye” still turned out to be one of Marvel’s more grounded miniseries entries, alongside “The Falcon and The Winter Soldier.” The show focused more on Clint Barton’s internal strife: how can he be a hero after what he has done as Ronin?

This may be a show about superheroes, but I believe Hawkeye’s very human struggle was handled pretty well. Kate Bishop was there to ease, at the very least, Clint Barton’s self-doubt and to remind him that he was and still is a hero, while Echo was the living and breathing consequence of his grief-induced rampage as Ronin.

[Note: Spoilers ahead for “Spider-Man: No Way Home”]

Despite its dark and sad moments, “Hawkeye” was nowhere near as dark as Marvel’s Netflix series, specifically “Daredevil.” There wouldn’t have been a better show, however, to introduce Vincent D’Onofrio’s fan-favorite villain Kingpin other than this one.

The “Daredevil” villain’s appearance in the show’s final episode, as well as the reveal that he was the man behind the curtains, might just be one of the biggest Marvel crossovers ever, given the complicated nature of the Netflix shows’ place in the MCU. Nevertheless, without a doubt, it received a warm welcome from fans.

The show’s finale was also perfectly released just around the same time of the cinema premiere of “Spider-Man: No Way Home,” where Charlie Cox’s crime-fighting lawyer Matt Murdock, a.k.a. Daredevil, made a brief appearance. If it wasn’t clear before if “Daredevil” was canon in the MCU, it must be now.

Of course, it’s a set up, and we’re not complaining

As if the hype wasn’t enough, the show also brought back another fan favorite in the form of Florence Pugh’s Yelena Belova, sister to Hawkeye’s now-deceased best friend, Black Widow. While her appearance was expected due to the events of the “Black Widow” film, it still was a pleasant and exciting surprise to finally see Yelena onscreen again. Pugh’s exceptional performance treated us with hilarious scenes between Yelena and Kate Bishop – surely a tease for an upcoming Young Avengers team (I hope so).

By the end, the show left fans wanting more. While this may not be a good thing to say about other shows, I think it poses the opposite for an MCU series such as this, which is obviously a set up for much more in this cinematic franchise.

“Hawkeye” did a good job of resolving “old” Avenger Clint Barton’s issues, and introducing the new characters Kate Bishop and Echo, who is set to have her own show, all at the same time. Much like our two favorite archers, the experience of watching the show can be likened to reuniting with an old and dear friend, amid the fresh air of excitement – and I can’t wait for more. JB