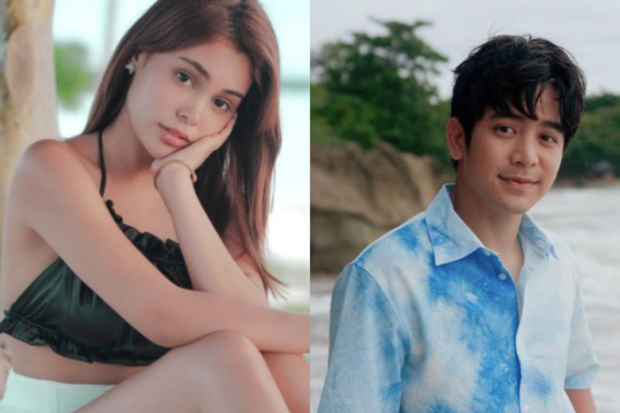 Joshua Garcia gamely took on a challenge to answer whether he sees actress-vlogger Ivana Alawi as “jojowain o totropahin,” and admitted he finds many good qualities in her.

The actor was asked if he preferred to date or be friends with Alawi during ABS-CBN’s truth-or-dare interactive show, as seen on the network’s YouTube channel yesterday, Jan. 19. The event is a fundraiser for victims of typhoon Odette.

“Siyempre, jojowain. I mean, come on, choosy ka pa ba? Mabait, maganda, sexy – lahat sinabi na,” he said while laughing. (Of course, to date. I mean, come on, would you be choosy? [Ivana is] kind, beautiful and sexy—I already said everything.)

Garcia then went on to stress that sometimes, some people are only meant to be friends.

(But you can’t say every person is meant to be in a relationship with you. There is someone meant to just be your friend, that’s just what I think.)

Garcia was also dared to prank-call Alawi by pretending she called him when in fact he dialed her number. However, he could not hold on to his act for long and admitted their call was being streamed live.

Instead, he asked Alawi to encourage people to give donations for typhoon Odette victims. He also wished for Alawi’s speedy recovery as she and her family recently contracted COVID-19.

During the fundraiser event, Garcia was also dared to call fellow celebrities Dimples Romana, Charlie Dizon and Janella Salvador, among others.

Back in August 2021, Alawi could not help but feel giddy when Garcia greeted her during her vlog’s second anniversary. Her sister Mona revealed in the said anniversary video that the actress had a crush on Garcia.

The actor has since admitted that he did not seem to know how to react to the revelation, though he said he was open to being friends with Alawi.  /ra

Ivana Alawi tests positive for COVID-19, urges public to comply with health protocols: ‘No one’s above the law’