Ivana Alawi not in a rush to have boyfriend: ‘Nae-enjoy ko ‘yung pagiging single ko’ 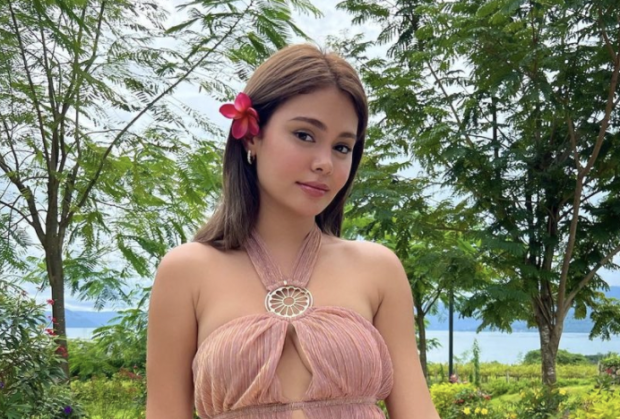 Ivana Alawi seemingly has no plans of having a boyfriend anytime soon as she revealed she is currently content being single.

The actress-vlogger spoke about this during a “boodle fight plus question-and-answer” session with her siblings Amira, Hash and Mona, as seen in a vlog on Ivana’s YouTube channel yesterday, Sept. 19.

The topic came up after the siblings were asked who among them behaves in the most mature manner, to which Amira responded and named Mona. Amira also explained that all of them run to Mona whenever they need advice on different matters.

Mona then teased Hash and revealed that the most recent advice she gave him was about dating. This led Ivana to tell Hash that he can also approach the actress for relationship advice since she also has dating experience.

“Lumapit ka sa akin, bro. Magandang advice ang ibibigay ko sa ‘yo (Just approach me, brother. I will give you good advice),” Ivana said, to which Hash quipped, “E bakit single ka ngayon?” (Then why are you single now?)

Ivana, who appears to have been surprised by the question, took a short pause and told Hash he really has not matured yet.

“Ayoko na munang mag-boyfriend. Nae-enjoy ko ‘yung pagiging single ko,” she explained while looking at the camera. (I do not want to have a boyfriend yet. I enjoy being single.)

Hash followed up and asked if the actress misses being in a relationship but Ivana just shrugged off the question, joking that Hash has gotten too confident since he had a girlfriend.

Meanwhile, Ivana recently admitted being a “sugar mommy” in her past relationships, saying she thought the setup was normal for people who are in a relationship. JB