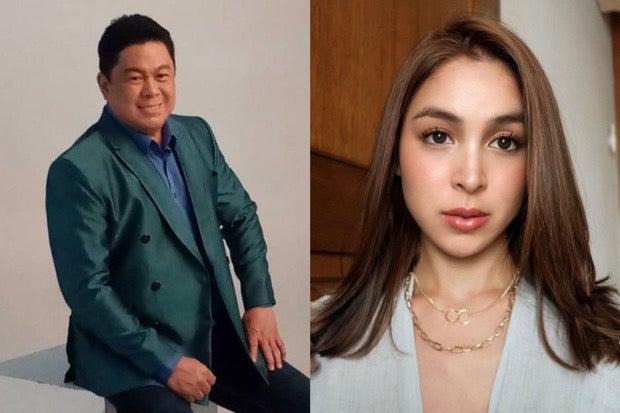 Dennis Padilla stressed that his daughter Julia Barretto only knows “half the truth” following the actress’ statements about their family in her recent interview with broadcaster Karen Davila.

During the said interview, Barretto revealed she is not yet ready to forgive Padilla as she has gotten tired of their cycle of “making up and getting hurt.” She also confessed needing more fatherly love and protection which she is “not getting right now” from the actor.

Padilla responded to these statements by addressing Barretto through a series of posts on his Instagram page today, Sept 18. The actor appears to have removed the said posts from his page but screenshots have already been re-uploaded on social media.

(I am the one you should run to, Julia. I defended you but you even got angry at me. You are all too much. What are these stories you told Karen?)

(Karen asked you if you have already forgiven me. Karen, please also ask me if I have forgiven all of them. Have an interview with me so we can discuss things thoroughly.)

Padilla recalled the times their family moved from one house to another — which Barretto mentioned as well in her interview — noting that he was the one who paid for their expenses and for their town house at the time.

(When I was still earning a lot and you were still young, to whom did my money go? To all of you, because I wanted you to have a comfortable life. Julia, you only know half the truth.)

(My whole house only costs as much as one of your cars, Julia. How much more revenge do you want to have? You have all of the blessings. I already asked for an apology for my shortcomings. What else do you want?) 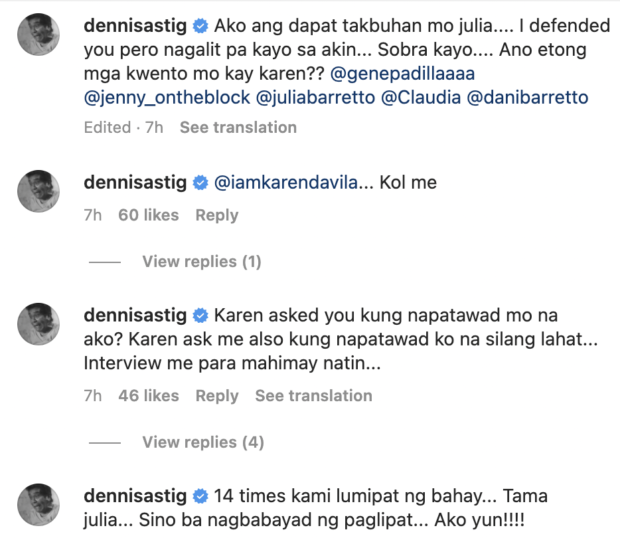 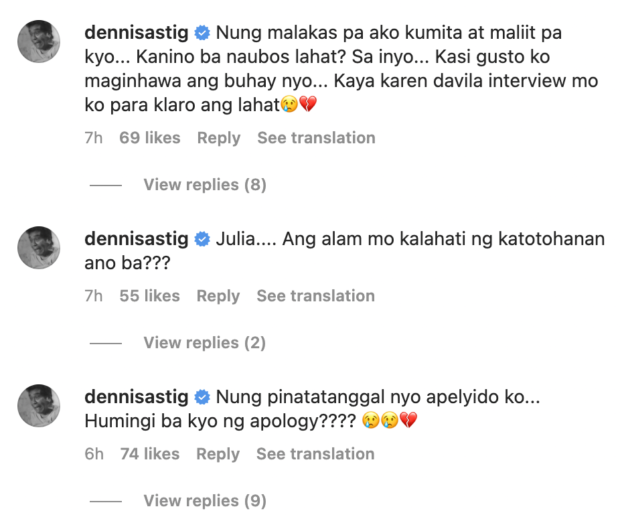 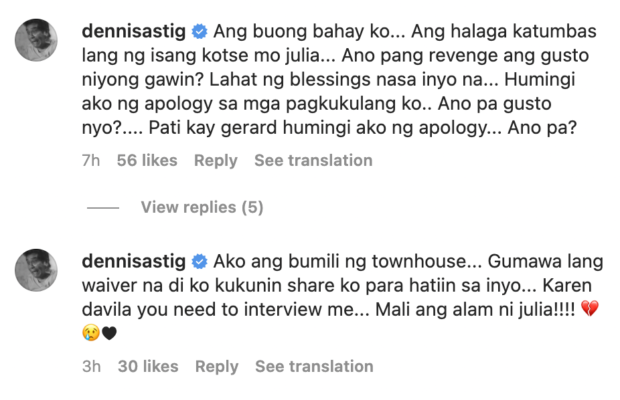 Padilla also showed a photo of his parents and recounted how Julia and her siblings — Claudia and Leon — never mentioned their grandfather, the late veteran actor Dencio Padilla, in any of their interviews.

Padilla then reiterated his call for Davila to “be fair” and set an interview with him as well, adding that there are inaccuracies in Julia’s knowledge about their family’s past. Davila responded, saying she sent the actor a private text message.

Padilla’s strained relationship with his children with ex-wife Marjorie Barretto earlier made headlines after he revealed to the public last June that they “forgot” to greet him on Father’s Day. In response to this, Leon addressed Padilla and asked him to stop the “public shaming” of his children. JB

Dennis Padilla answers Leon Barretto’s open letter: ‘Been reaching out to you for 15 years’