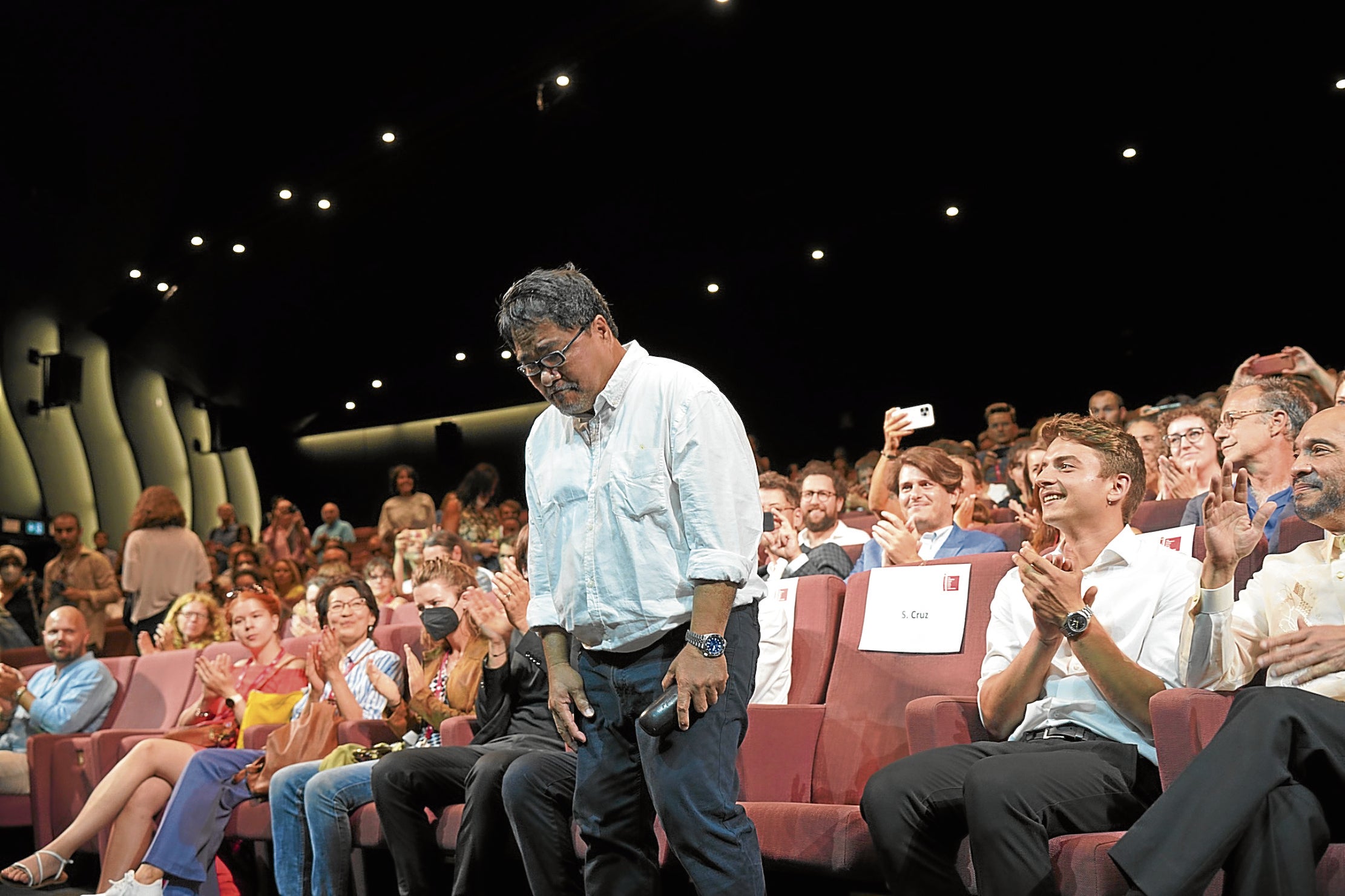 Had I won best actor for the film, it would have felt weird,” said Filipino thespian Soliman Cruz, who plays lead in Romanian helmer Mihai Mincan’s “To the North,” which was presented the Premio Bisanto D’Oro for best film by a group of Venice-based independent critics.

“To the North” competed under the Orizzonti (Horizons) section of the 79th Venice Film Festival in Italy.

The Premio Della Critica Independiente is the same group that honored Nora Aunor with a best actress recognition after her film “Thy Womb,” directed by Brillante Ma Mendoza, competed in 2012.

“With this particular award, it felt like every one of us who worked on the film was recognized. That’s what’s more important to me,” said Cruz, who attended the festival that concluded its run on Sept. 10. 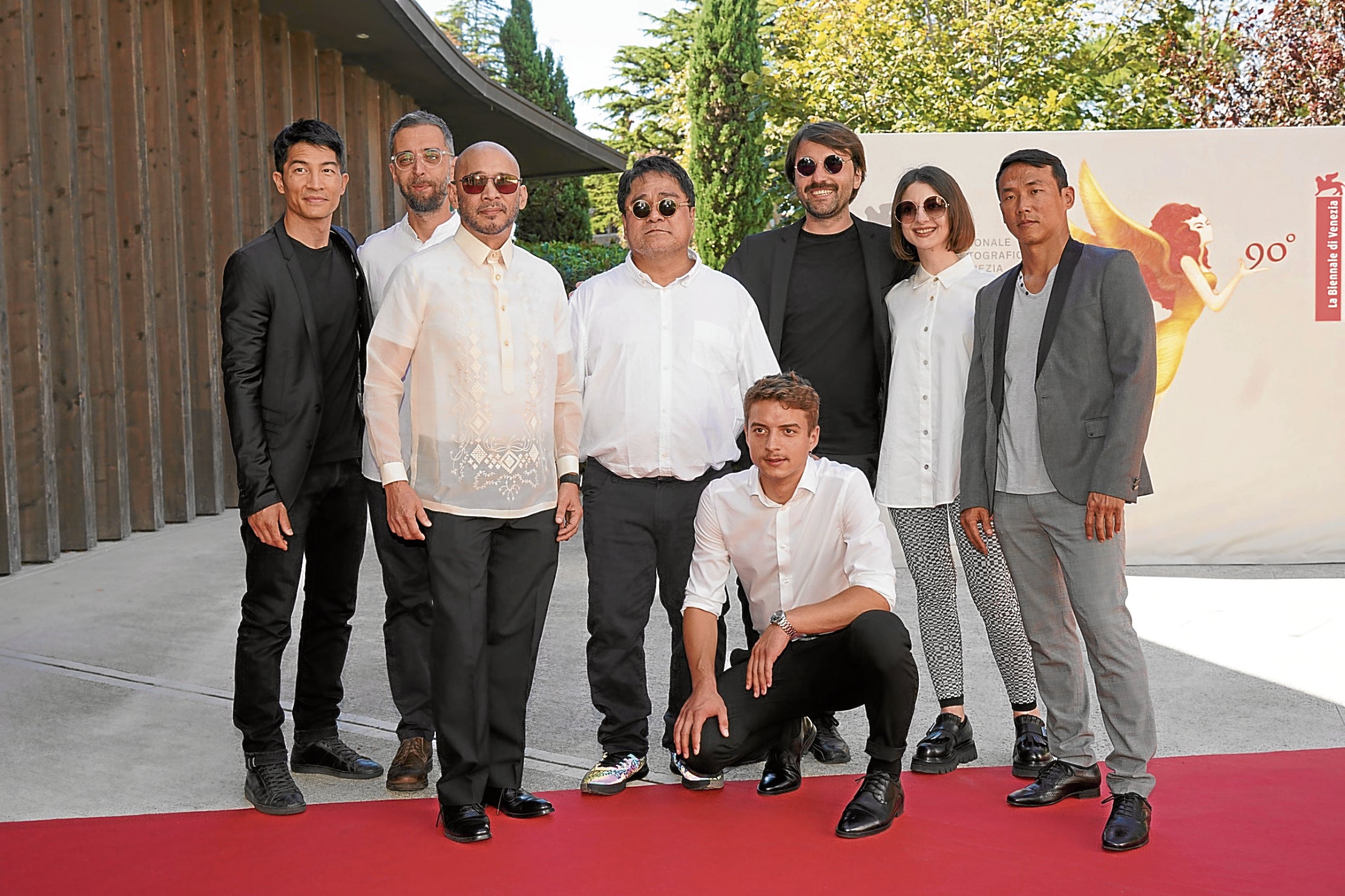 Cruz (center, standing) and the delegates of “To the North”

“It was interesting to see the film for the first time there. I watched it not feeling like I’m part of it, because I tend to be too critical of my own performance,” he recalled. “At the screening, I was seated in between two Romanians—one of whom was the director—I realized how intense they can be when watching movies. They would clench their fists or bury their faces in their arms.

“I wasn’t as engaged as they were in the beginning, but slowly, the story gripped me, and I found my eyes wet with tears. I guess the critics felt the same, that’s why they opted to give us the award,” Cruz said.

Getting recognized for their hard work made Cruz’s long and disastrous trip to Venice all worth it, he said. Sadly, Cruz was booked on a flight that had so many layovers (Manila to Cebu to Istanbul to Venice) and was delayed for three hours. He also lost his luggage along the way.

“Every single outfit that I was supposed to wear, which my manager and I invested in, to all the important events at the festival were in that luggage, and it never reached Venice. I had to ask for help to get clothes I could wear there,” he recalled. 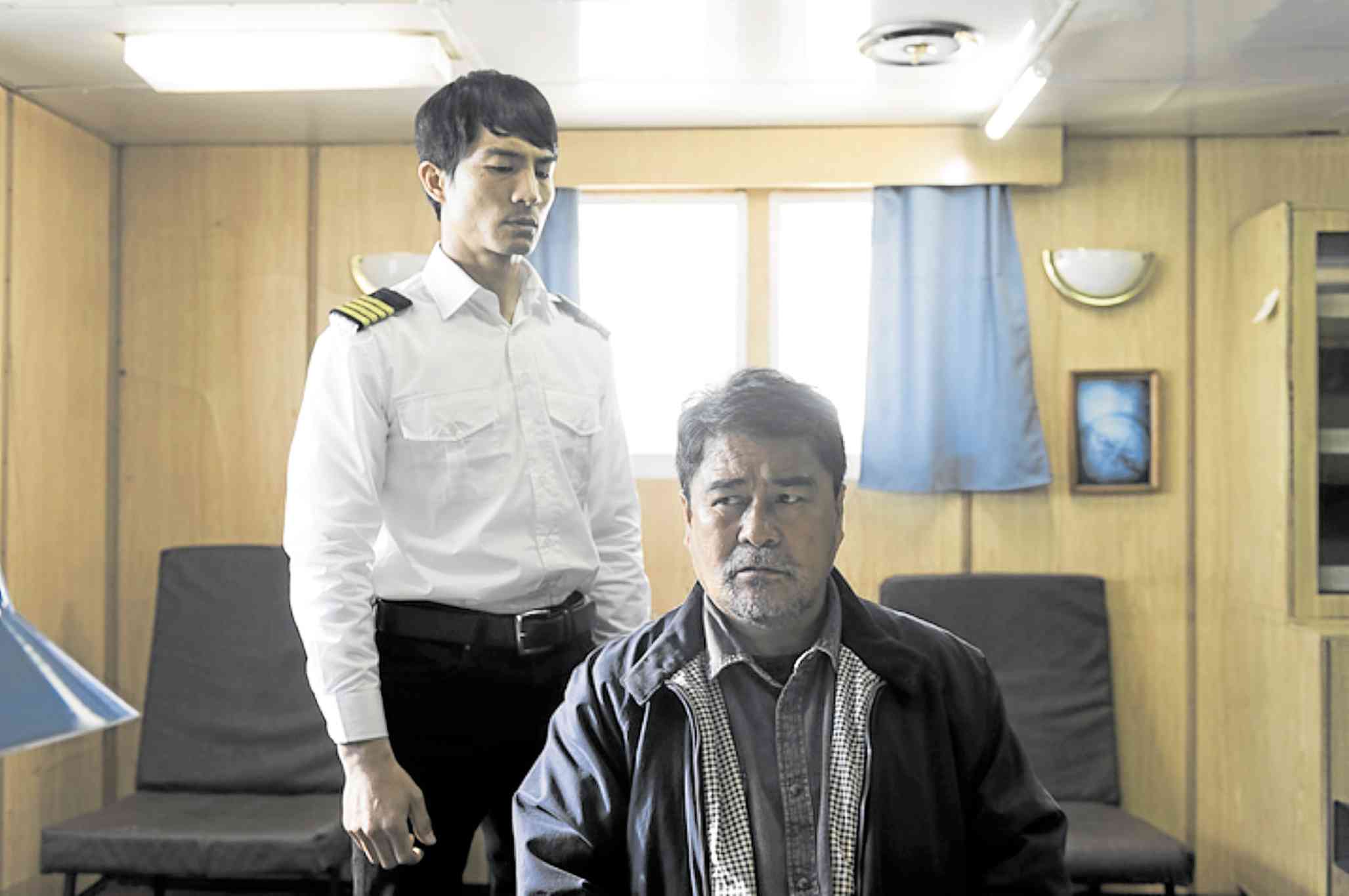 Scene from “To the North” —CONTRIBUTED PHOTO

Cruz’s trip home was equally tedious: He flew from Venice to Lithuania to Latvia to Dubai to Manila and then to Dapitan, where he eventually attended the launch of the regional run of the 18th Cinemalaya film fest. Cruz’s luggage has yet to be returned.

In “To the North,” Cruz plays Joel, a religious Filipino sailor working on a transatlantic ship. He meets Dumitru, a young Romanian stowaway portrayed by German Romanian actor Niko Becker. Moved by the fact that the frightened Dumitru is clutching a Bible, Joel decides to play a dangerous game in order to save the boy’s life.

In the 2021 edition of the Venice film fest, Filipino actor John Arcilla won the best actor trophy for his performance as a radio journalist in Erik Matti’s “On the Job: The Missing 8.”