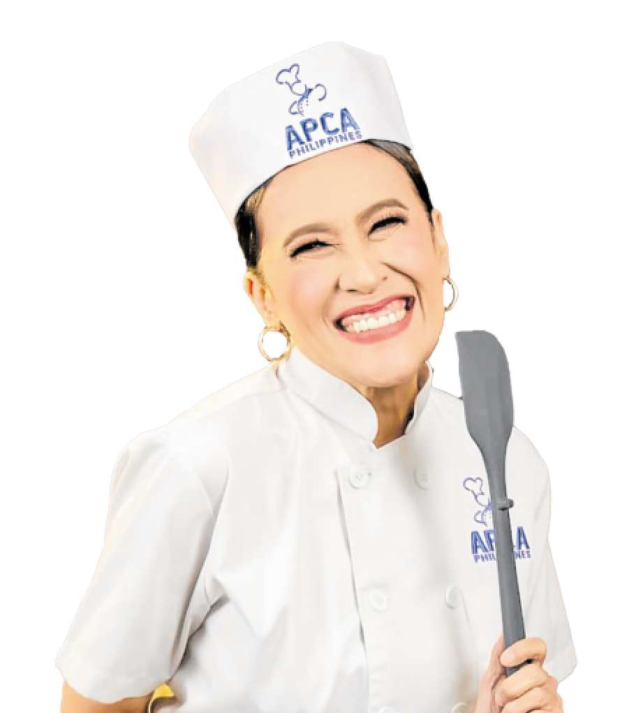 Seeking to meet eligibility requirements for citizenship in the United States, Ai-Ai delas Alas has decided to cut down her show-biz workload and live there with her husband.

“I won’t be as active here [in the Philippines] for now. I have been a green card holder since 2015 and it would be such a waste not to apply for citizenship. That’s what I want. That’s my priority right now,” Ai-Ai said in a recent group interview, shortly after her launch as the new ambassador for Treston International College’s Academy of Pastry and Culinary Arts (Apca).

According to US laws, permanent residents can apply for citizenship five years after they have acquired their green card and if they have physically lived in the country for 30 months.

“Dito na ako nagka-edad sa show biz. It’s the world, the job I know. But as you grow older, your priorities change. If I were single, I would choose to focus on show biz. But now my husband is one of my priorities. Kaming dalawa na,” Ai-Ai said of Gerald who, on the other hand, is seeking permanent residency. “I petitioned for him.”

No glittery life in US

Life in the United States isn’t as glittery as her life in the Philippines. But that’s something she’s already well aware of. “Such is life in America. You’re not a celebrity there. You do everything yourself,” said Ai-Ai, who now shuttles between the two countries for her commitments.

After almost four decades in show biz, Ai-Ai would like to think that she has already done everything she can think of. That’s why she feels thankful and blessed that, despite her current setup, her home network, GMA 7, still renewed her contract and continues to give her projects.

“I love being an actress. It’s the only thing I know. But sooner or later, you will have other priorities. That’s what’s happening to me… I know that you will not have projects forever. But if the blessings are still there, go lang nang go. Why not? Sayang,” she said.

“It’s a blessing that GMA 7 renewed me. I was actually surprised, because they knew I’m now based in the US. But I will be doing fewer shows. Prior to this, I was guaranteed at least two shows a year—‘The Clash’ and a soap opera. This time I will probably do just one,” she said.

Ai-Ai opened an online bread store during the pandemic. In hopes of improving her baking skills and expanding her menu, the 57- year-old actress enrolled in a 12-week course at Apca last September.

“I started selling ube-cheese pandesal online. After a while, I decided to study because I wanted to come up with new varieties of cakes and pastries,” she said.

Ai-Ai dreams of opening a bakery in the US. But that can take some time. “In the Philippines, I had two assistants who helped me prepare the ingredients and wash the dishes. But here I have to do it all … it’s hard,” she said.

But while that plan remains in the pipeline, Ai-Ai busies herself working as an activity director at a geriatric care facility. “I had to undergo training, study modules and take exams. I really worked hard and did my best to pass,” she said.

Taking care of old people is a challenging job that requires patience, compassion and enthusiasm. “Your job is to give quality time to seniors. It has been especially difficult amid the pandemic, because not all of them get regular visitors. I feel happy when I come up with activities they can enjoy,” she said.

Some of those in the facilities can be restless, frustrated or grumpy. Sometimes, you get shouted at. But this is where the entertainer in Ai-Ai comes out. “I got cursed at by a man who was getting frustrated with something. I thought I would be able to pacify him with my charm,” she said, laughing.

“But I continued talking to him. And eventually, he calmed down. Natuwa siya sa ‘kin, I even played music. I sang and danced for him… Paandar ako,” she said. “It’s very fulfilling.”